Allen Zang has been named president of The American Ship Building Company's Nashville Bridge Company (Nabrico) Division, it was announced in Cleveland, Ohio, by Francis W. Theis, president and chief executive officer of the parent corporation.

Mr. Zang, who was executive vice president of production for St. Louis Ship Division of Pott Industries, which he joined in 1970, had previously been with Hillman Barge and Construction Company as vice president of operations since 1965. Prior to that, he had served in executive capacities at Gulfport Shipbuilding Corporation, and Bethlehem Steel Corporation. Mr. Zang's career also included service with the American Bureau of Shipping, and he is a retired officer in the U.S. Naval Reserve. He has broad experience in construction of offshore drill rigs and lock and dam sections, overhaul of ocean tankers, building of oceangoing tugs, barges, towboats, and dredging equipment manufacturing.

He holds a B.S. degree in marine transportation from the U.S.

Merchant Marine Academy and a naval architect and marine engineering degree from the Massachusetts Institute of Technology. 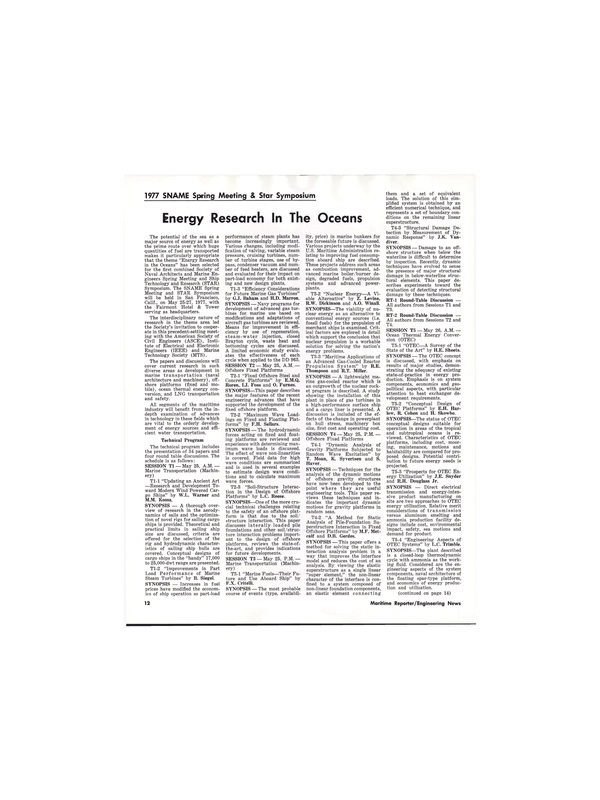