Young engineers, designers and researchers from the U.S., Canada, and Mexico received $9,500 in prizes recently at Windows on the World in New York. The formal dinner concluded the first biennial Henry R.

The awards commemorate Henry Rossiter Worthington, American inventor-engineer, who began his pump manufacturing firm in Brooklyn, N.Y., in 1840. He was also a founder of Polytechnic Institute.

The awards were presented by Lee J. Topp, president of Worthington Pump Inc., before an audience of 150 educators, scientists, engineers, industrialists, public officials and editors. The contest is modeled on the biennial Worthington European Technical Award, begun in Italy in 1967.

Worthington Pump Inc. is the world's largest pump company, with 23 manufacturing plants throughout the world. It serves a broad spectrum of industries which, worldwide, represent a multibillion-dollar market. More than half of Worthington Pump's products are manufactured abroad or exported to customers outside the United States 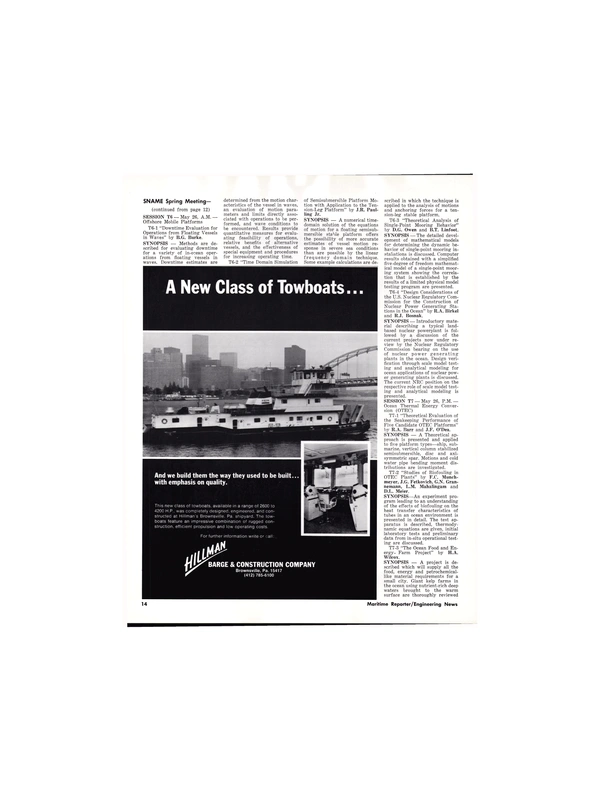