Scripps Institution of Oceanography is the oceanographic division of the University of California, San Diego, and has been in continuous operation for over 72 years. Scripps operates seven research ships and two research platforms (one of the platforms is the R/P FLIP). Their fleet spends approximately 1,200 days at sea and logs up to 150,000 nautical miles at sea. The University of California was designated the nation's seventh Sea Grant College, and has a staff of over 270 who enjoy worldwide reputation for excellence in oceanographic research.

The prime requisite of the design for this vessel is "versatility," since the kaleidoscopic range of experiments conducted by the researchers of Scripps demands such design. In addition to de- designing for experiments which involve net towing, hydrographic casts, seismic tows, deepsea coring, anchor placement, deepsea array placement, dredging, and acoustical observation for geological, biological, bacteriology, chemical, meteorological and oceanographical disciplines, the vessel is outfitted with other special fittings for projects such as towing the 355-foot FLIP, a sparshaped laboratory that is erected at sea.

"Since the vessel is similar to a very successful RFM&A design, the R/V Columbus Iselin, built in 1971 for the University of Miami's Rosenstiel School of Marine & Atmospheric Science under a grant from the National Science Foundation, this new design has in effect the advantage of a full-scale mock-up that has been model-basin tested, autec range tested, and most of all, tested by mother nature," says Mr. Lay.

The general arrangements of the vessel are divided into divisions whose locations are of course dictated by function, living/ berthing, laboratories, machinery and control.

The living/berthing is designed around single staterooms for the crew of 12, and 13 scientists.

Fully air-conditioned for comfort, the rooms are located where noise and motion are minimal.

These laboratory spaces are fully outfitted with the tools of the oceanographic trade — benches, chemical hoods, computers, and e'ectronic devices. The design and juxtaposition of these spaces is carefully scrutinized by the scientists who will use them.

Many of the partition bulkheads of the major laboratory areas are designed to be portable, so- the maximum versatility of room arrangements are available to scientists. Also, the decks of these spaces and others are fitted with flush fittings that allow heavy equipment to be bolted at numerous locations.

Other laboratory support spaces include scientific stores and a "glory hole." The "glory hole" is a 42-inch-diameter tube extending from the 01 deck down through the bottom of the ship amidship, the purpose of which is to lower special instruments through the sea's interface in a reasonable protected location with least motion.

The exterior decks are laid out again with versatility in mind, including a large sloped stern ramp and flush watertight hatches.

The control area for the vessel encompasses the pilothouse, chart room and after control station.

The vessel can be operated from the normal pilothouse position or from the after control station, which is in effect the "nerve center" for all operations of the vessel. The man at this after center has a full view and command control of the ship, and all deck functions.

This propulsion package produces full power speed of 14.5 knots and a sustained sea speed of 13.5 knots. The front power take-offs of each of these engines drive four hydraulic pumps through a Twin Disc four pump mount power take-off. These hydraulic pumps are all electrically controlled and supervised from the after control station, with alternate control points at numerous locations in the ship. The pumps provide power to the bow thruster, trawl winch, electric cable winch, hydrographic winch, deck cranes, "A" frame, hydro boom and several "power" stations.

Electrical power is provided by two General Motors 8V-71T generators producing a total of 400 kva of electrical power at the various voltages required for power and scientific use.

The bow thruster is a 360- degree trainable and retractable Schottel S-103LVS, controllable from the pilothouse and the after control station. The thruster will be used in conjunction with the controllable-pitch propellers for precision positioning required in "hovering" at specific locations.

Also, the c-p propellers can be declutched, allowing the vessel to travel and maneuver using this bow traction unit alone.

The system serves not only the purpose of keeping the quarters and laboratories cool under tropical conditions, but additionally handles the large cooling requirements of the ship's electronics and computers — the demand of this electronics sometimes requiring cooling even when the vessel is in a heating cycle.

The deck and oceanographic machinery consists of a hydraulically operated stern "A" frame for trawling, launching and retrieving oceanographic equipment over the stern of the vessel; a hydraulically operated hydro boom for launching and retrieving equipment over the vessel's side; three deck cranes ranging in capacity from 3.5 tons to 16 tons, and two Markey hydrographic research winches and one Western Gear trawl winch.

The Satellite Navigator plots the vessel's precise position by electronically communicating with satellites that are in "parking" orbits over the earth and solving the complex equations necessary. 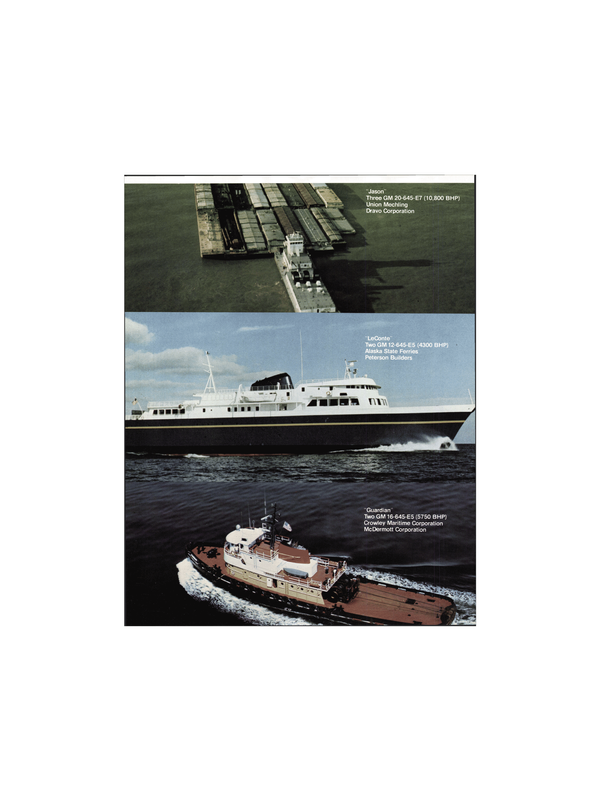 Read University Of California Plans To Build Large Oceanographic Vessel in Pdf, Flash or Html5 edition of May 1977 Maritime Reporter