The March 1977 meeting of the Pascagoula Section of the American Society of Naval Engineers was held at the Tiki Restaurant, Gautier, Miss. The cocktail hour was followed by a business meeting, which included a reading of the financial statement and adjustments in assignments for the president's staff. Dinner was followed with a technical presentation on marine boiler controls.

The business meeting was chaired by A.C.

LiCausi, Section chairman. The minutes of the January 25, 1977 meeting were read and approved.

Tony lacobucci, treasurer, read the treasurer's report of January 25, and advised that the Pascagoula Section's cash on hand was $520.

Publicity will be handled for the year by Mr. Burger, with assistance from Mr. Hall, Captain McGarrah, Mr. LiCausi, and Mr.

The technical paper, titled "The Evolution of Boiler Room and Engine Room Controls," was presented by John W. Dirriwachter, manager of engineering, General Regulator, Dallas, Texas. It involved a brief history of marine controls, accompanied by an extensive slide presentation concentrating heavily on the latest developments in the field of marine controls. It included a history from the 1930s, with varying developments through the 1940s, 1950s, and 1960s. 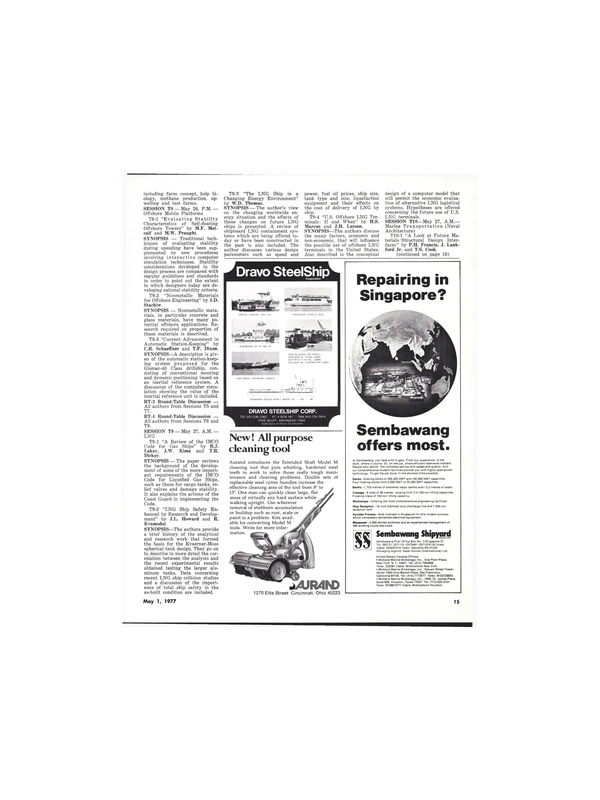