Navy's PBRs, have been sold to the Ministry of Defense of the Union of Burma for a contract price of $606,000 by Uniflite, Inc., military, commercial, and recreational boat manufacturer headquartered in Bellingham, Wash.

James J. Doud, Uniflite executive vice president and general manager, said the company has received an export license from the U.S. State Department for this order. State Department approval is required whenever a product on the U.S. munitions list is sold to a foreign country. The vessels will be shipped to Rangoon within 10 months with spare parts, but not including any military equipment.

The Corsair-class boats built only by Uniflite are water-jet propelled for speeds up to 25 knots, even in shoal or weed-filled rivers or coastal waterways. They draw 18 inches, have a beam of IIV2 feet, and are powered with twin Detroit Diesel 200-hp engines engines driving through 14-inch Jacuzzi water-jet propulsion pumps made of corrosion resistant cast iron.

This is the biggest single sale to a foreign government in the company's almost 20-year history.

Uniflite, however, is the largest builder of fiberglass boats for the U.S. Navy, having supplied more than 2,000 such craft 14 to 56 feet in length since the early 1960s, including more than 500 of the PBR river patrol boats for use in Vietnam. It has also sold military and nonmilitary special-purpose patrol craft 23 to 53 feet to numerous foreign countries and to U.S. state and municipal governments.

All Uniflite boats are of fireretardant fiberglass construction, and its recreational and commercial craft are all classified and labeled by Underwriters' Laboratories (UL) attesting to the strength and fire retardance of the hulls, the only boats that merit this label. 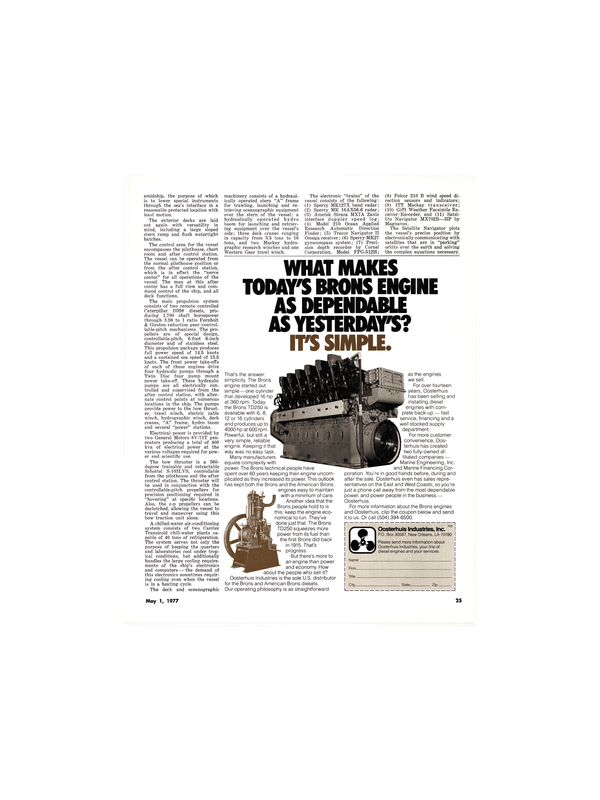