The first transfer of crude oil from VLCCs and ULCCs to smaller tankers off Little Cayman Island in the British West Indies will take place in the near future.

This operation will be the start of what is planned to be a millionbarrel- a-day oil transshipment complex aimed at supplying U.S.

Planning for this facility has been underway for the past six years, and was culminated in March by the signing of an agreement by the Cayman Islands government and Cayman Energy, Ltd., an offshoot of Capt. Harold E. van der Linde's firm of Transportation Concepts and Techniques, Inc. of New York, N.Y.

The announcement of the operation was made recently in New York by Clyde Smith of Transportation Concepts and Techniques, Inc.

The initial phase of the project calls for the offshore transfer of oil from the Arabian Gulf to 30,000-70,000-dwt tankers. Storage facilities on shore for 10-million barrels of crude oil and a two-ship berth will be constructed on 3,200 acres leased for 99 years by Cayman Energy.

This island is strategically located for this operation — it is about 800 miles closer to U.S.

refineries on the Gulf Coast than other transshipment terminals.

Also, Mr. Smith stated that only 120 yards offshore the water depth plunges to more than 600 feet. This provides for a short trestle leading out to dolphins for mooring. Captain van der Linde estimates that this location will reduce the cost of shipping oil to the U.S. by 8 to 10 cents per barrel.

The facility will be available to all oil companies on a nonexclusive basis.

The Cayman Islands government will receive a royalty paid on a per barrel of oil transferred basis, with a minimum fee per month and a guaranteed $3.6 million the first year.

Cayman Energy, Ltd. is headed by Captain van der Linde, who has been involved in oil transportation for many years. A graduate of the U.S. Merchant Marine Academy, he has served as a ship's master, was operating manager for U.S. Bulk Carriers, founded Penn Shipping Company, was president of Worldwide Transport, a Continental Oil Co.

tanker company, and founder of his present company, Transportation Concepts and Techniques, Inc. 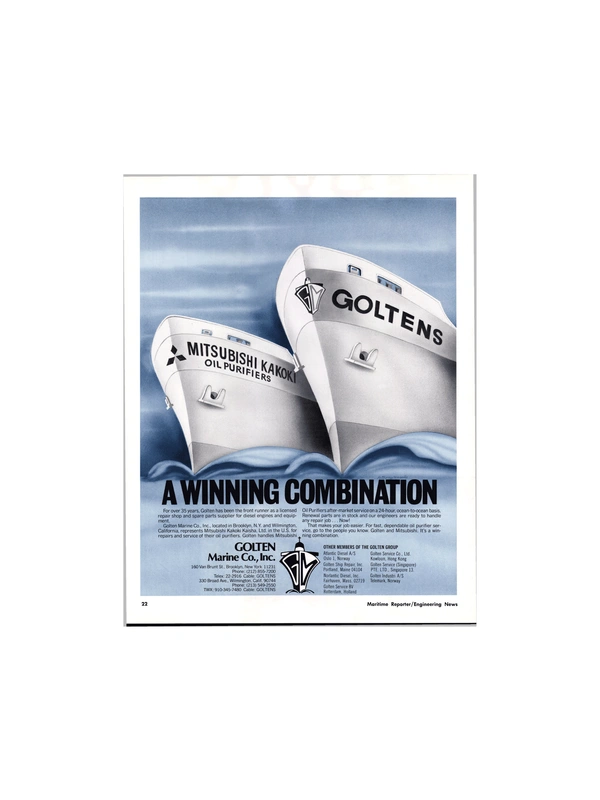