One of the world's largest "shipto- ship" operators, Cayman Energy Ltd., reports that since the beginning of its operations in August in the Cayman Islands, they are now averaging 4 million barrels per month of crude oil transfers and expect this amount to increase substantially in the next few months.

In the period since August, they have handled 25 tankers, including a ULCC (ultra large crude carrier) and several VLCCs (very large crude carrier). As of mid-October, five tankers were at anchor off Little Cayman and Cayman Brae, awaiting shuttle vessels.

The company also has future commitments for a number of other tankers f o r ship-to-ship transfer. To date, the oil companies they have been working with are Occidental Petroleum, Cities Service, Phillips Petroleum, and Ashland Oil, and negotiations are underway with many others.

According to T. Clyde Smith, vice president of Transportation Concepts and Techniques, Inc., as agents for Cayman Energy Ltd., the company has become one of the world's largest ship-to-ship operators, and still on the increase. 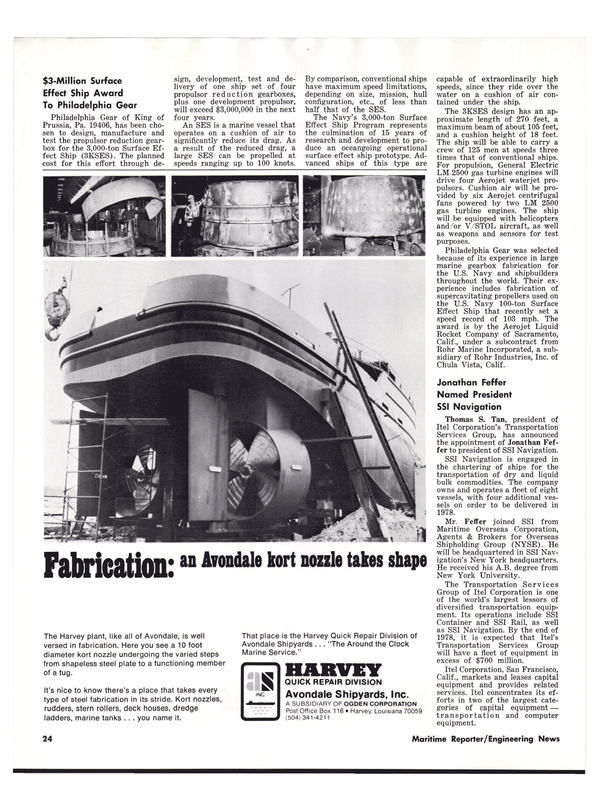