SSI Navigation is engaged in the chartering of ships for the transportation of dry and liquid bulk commodities. The company owns and operates a fleet of eight vessels, with four additional vessels on order to be delivered in 1978.

He received his A.B. degree from New York University.

The Transportation Services Group of Itel Corporation is one of the world's largest lessors of diversified transportation equipment.

Its operations include SSI Container and SSI Rail, as well as SSI Navigation. By the end of 1978, it is expected that Itel's Transportation Services Group will have a fleet of equipment in excess of $700 million. 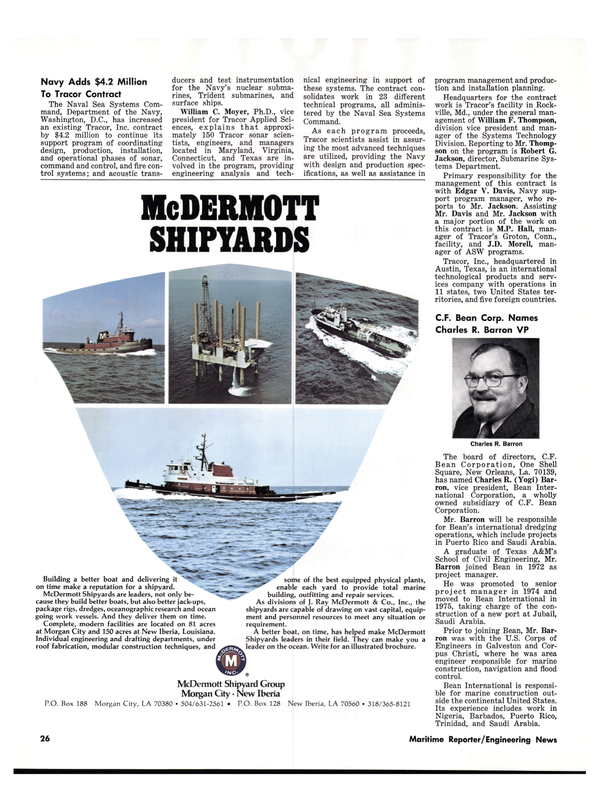