Gorden E. MacDonald, who has been serving as acting general manager at Electric Boat, will return to the General Dynamics corporate office in St. Louis, Mo., where he will resume his regular duties as corporate executive vice president-finance.

Mr. Veliotis, president and formerly general manager of the Quincy Shipbuilding Division (Quincy, Mass.) of General Dynamics Corporation, is a vice president of the corporation.

Prior to joining General Dynamics, Mr. Veliotis held the position of president and general manager of Davie Shipbuilding Ltd. in Quebec, Canada. Begin- ning with Davie as an engineering draftsman, Mr. Veliotis held several key shipbuilding engineering and management positions and was responsible for the building of more than 70 ships, ranging from bulk carriers, tankers, freighters, drilling rigs, and icebreakers, to naval vessels.

Mr. Veliotis was born in Greece and earned degrees at St. Pauls College, the Royal Naval College and the National University, Athens.

During World War II, he served as an officer with H.M.

At the end of the war, he was decorated in recognition of war services by the late King Paul and Queen Frederika of Greece.

Following his military service, Mr. Veliotis was employed as an engineer in his father's company, E.G. Veliotis, Shipowners Ltd. He is married to the former Paulette Dupuis, daughter of Col. Alexander Dupuis, and together with a son and daughter, they reside in Milton, Mass.

Naval Institute, the Navy League of the United States, American Bureau of Shipping, Lloyd's Register of Shipping, The Society of Naval Architects and Marine Engineers, The Propeller Club (Port of Boston), and the Shipbuilders Council of America, of which he is a director. 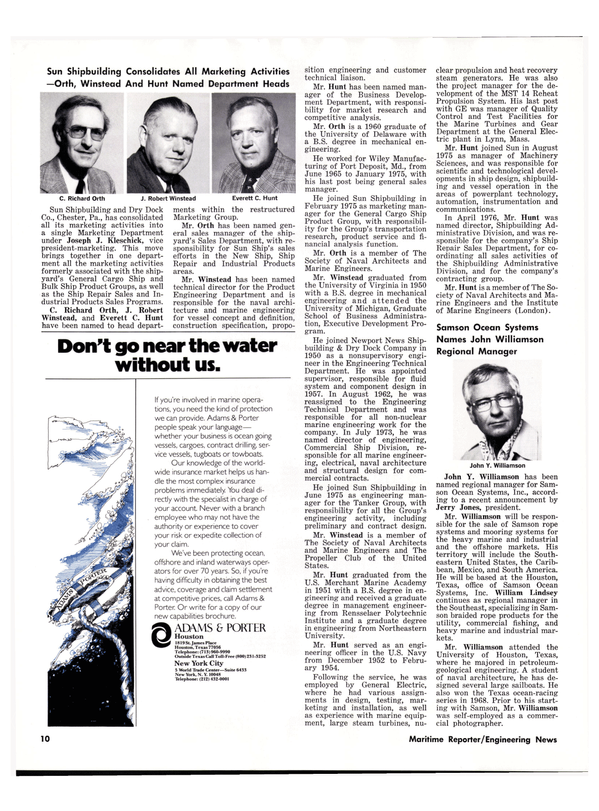