Plan To Convert Three Vessels At Estimated Cost Of $12.8 Million

The Tex and Flor were both built in 1948 at Bethlehem Steel Corporation's Sparrows Point (Md.) shipyard. They will be converted to 25,500-dwt liquid petroleum carrying tankers, and are intended to be used in the carriage of oil and other liquid cargoes in the U.S. coastwise and nearby foreign trade under fiveyear time charters.

The conversion work will be performed by an East Coast shipyard to be determined. The combined estimated cost of conversion is $11.3 million for the two vessels.

The fiatdeck oceangoing barge Burke F was delivered by Seatrain Shipbuilding Corporation in 1976. The nonself-propelled vessel will be converted to a 2,229-grosston oil-carrier. It is intended to be used in the carriage of oil and other liquid cargoes in the southern California area between Los Angeles, San Diego, and Port Hueneme under a two-year affreightment contract. It also will provide oil lightering services in the Los Angeles area.

The reconstruction work will be performed by a West Coast shipyard to be determined. Estimated cost of conversion is $1.5 million. 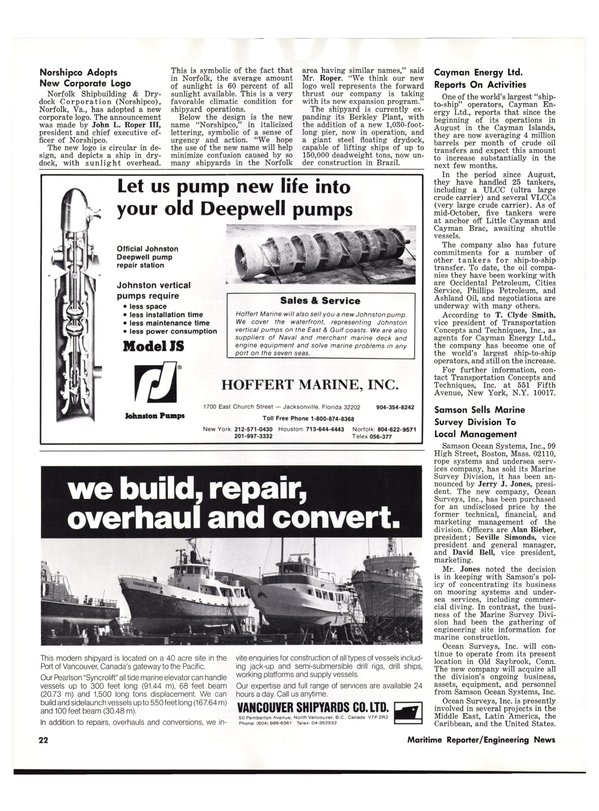