On September 22,1978, the Honorable John M. Murphy, Chairman of the Merchant Marine and Fisheries Committee, Congress of the United States, will receive the coveted AOTOS Award, and will be named "Admiral of the Ocean Sea," in the Grand Ballroom of the New York Hilton, New York City. The title Admiral of the Ocean Sea was first granted to Christopher Columbus in 1493 by King Ferdinand and Queen Isabella of Spain for the discovery of the New World that now houses our great nation.

Congressman Murphy, a graduate of the United States Military Academy at West Point, served with great distinction as an officer in the Ninth Infantry Regiment during the Korean Conflict. In addition to the Purple Heart and the Bronze Star, Congressman Murphy holds this nation's second highest award for valor in combat —The Distinguished Service Cross. Congressman Murphy was first elected to Congress, representing the 17th District of New York, in November 1962, and has been reelected to each succeeding Congress. As Chairman of the Merchant Marine Fisheries Committee, Congressman Murphy is a strong proponent of legislation designed to strengthen the presence of American maritime power upon the oceans of the world.

Admiral Of The Ocean Sea The AOTOS Legend It was the rebirth of classical Greek and Roman knowledge in Renaissance Spain, joined with Columbus's global venture, that inspired King Ferdinand and Queen Isabella to give Columbus the title "Admiral of the Ocean Sea," upon his return to Spain in 1493. Columbus had traveled the fabled "Okeanos," the great river of water around the world (according to Homer), and sailed under "Okeanos," the god of the outer waters. He returned with the discovery of the New World, and proof as well that the world was round —a great new beginning.

The title Admiral of the Ocean Sea was prophetic in that Columbus's voyage opened up the new world, and began two centuries of maritime exploration that carried ships and seamen to every part of the world and established the roots of America's shipping heritage.

The title belonged strictly to Columbus and his family until 1970, when the United Seamen's Service began sponsoring the Admiral of the Ocean Sea (AOTOS) Award. Since then, with the cooperation of the entire maritime industry, the person who has done the most to advance the cause of American-flag shipping each year has been named Admiral of the Ocean Sea, and presented with this coveted award. The AOTOS recipient is selected by a committee of maritime labor, management and government leaders.

The AOTOS Award is a silver statuette of Christopher Columbus with his hand resting on his ship's anchor. Each year, it is cast in Genoa, Italy, just two blocks from the place of this famous mariner's birth, and brought to the United States on an American ship. 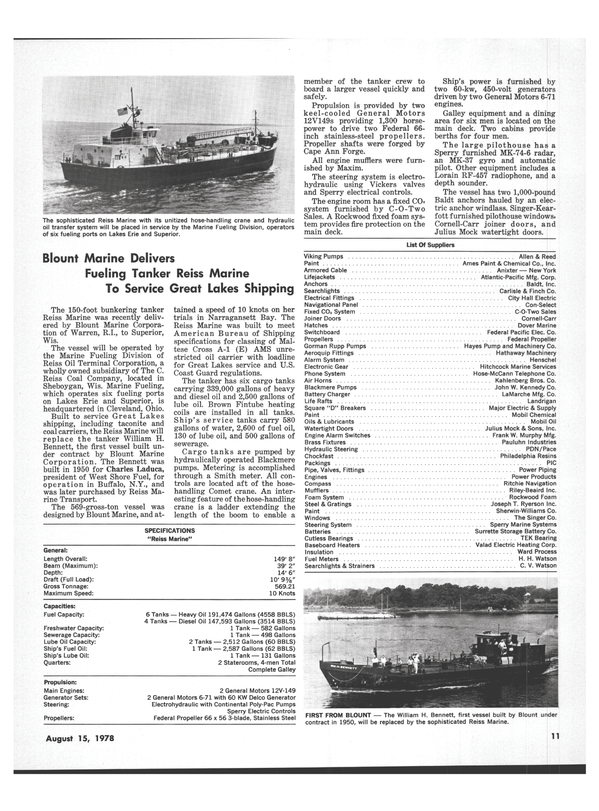