Yoram Goren with the firm's expansion of services into the management of undersea projects.

Mr. Potter comes to Oceaneering with a great deal of experience in offshore work in the North Sea, and prior to that, in shipbuilding and naval architecture.

His background includes several years as Chief of Hull Research Division in the U.S. Maritime Administration, and then vice president and general manager for a Hamburg-based branch of a U.S.

firm of consulting engineers. He next served for several years as manager of marine engineering for the El Paso Natural Gas Company's LNG tanker and terminal building program, and then as assistant vice president of the affiliated Methane Tanker Service Company.

In 1974, Mr. Potter went to England as offshore manager on the Thistle Field and was later involved in other assignments, including consultant to the British National Oil Corporation.

Oceaneering is one of the world's largest diving and underwater construction contractors, offering services and equipment in all phases of offshore activity, in every major exploration and producing area of the world. 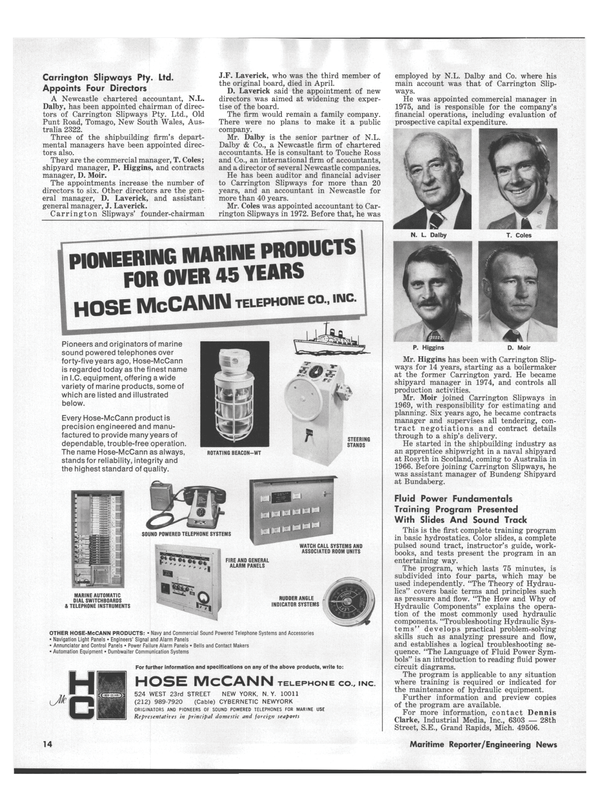