"In 1976, Congress appropriated funds and appointed the Defense Nuclear Agency to supervise the removal of all radioactive contamination from several islands in the Eniwetok Atoll that was the result of nuclear testing more than two decades ago," said Lt.

The Military Sealift Command is charged with providing all ocean transportation necessary to support the rehabilitation program which is expected to be completed by 1981.

Rehabilitation work began on the project in 1977, and involves several other Defense Department agencies, including the Army, Navy, and the Military Airlift Command.

Dillingham Tug and Barge is a subsidiary of Honolulu-based Dillingham Corporation and provides tug and barge charter and contract towing services throughout the Pacific, as well as harbor and interisland service within the State of Hawaii. 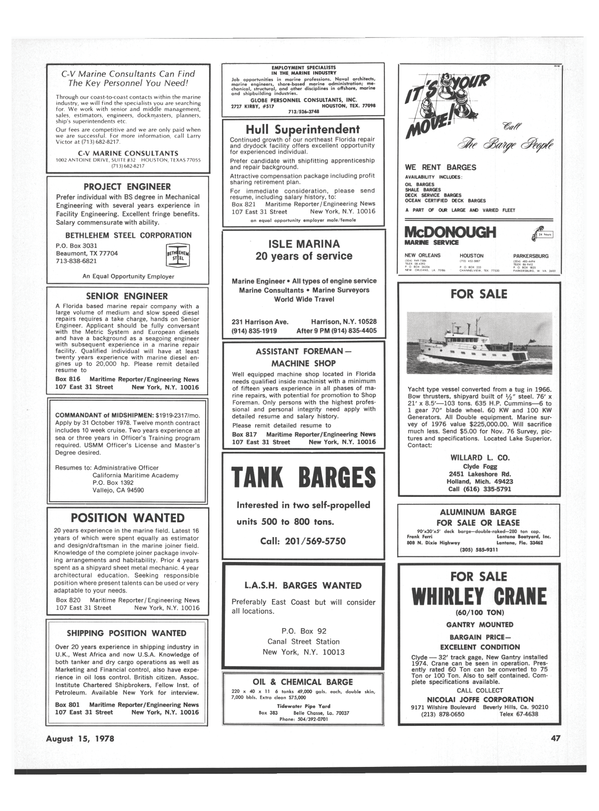