Liner shipping to the Middle East has gone through a succession of fundamental changes since 1973. The tremendous boom in traffic which followed the oil price rise could not be accommodated by existing ports in the region and, as a result, congestion rose to unprecedented levels. Freight rates also soared. A variety of measures were introduced to combat this situation. In shipping, the first significant move was the switching of ro/ro ferries from their traditional short-sea routes (in the North Sea and elsewhere) to deepsea Middle East trades.

Port congestion, which reached horrendous levels in 1975-76, has since disappeared much f a s t e r than many people had anticipated.

This can be ascribed to a combination of "congestion-beater" services (ro/ro and other), the opening of new berths, the introduction of expatriate port management and a range of strong local initiatives. Additionally, the c o n t r i b u t i o n of slower traffic growth should not be ignored.

Looking ahead over the next few years, some important changes in seaborne traffic to the Middle East can be anticipated. The initial boom in imports which followed the 1973 oil price rise has now subsided in most states, with import growth falling back to more sustainable levels. Focusing on the liner sector, it seems likely that declining imports of building materials and steel products (due to peaking of construction activity and increased local steel production) and of manufactured fertilizers (again, due to increased local production) will offset in tonnage terms continued growth in demand for foodstuffs, machinery and transport equipment and consumer goods over the next few years. In the longer term, despite efforts to develop general manufacturing industries and step up local food production, the forces for growth should reassert themselves.

These statistics are taken from "Middle East Liner Shipping: An Economic A n a l y s i s of Traffic, Services, Ports and Future Prospects," the latest in a long line of reports from HPD Shipping Publications.

Although the boom in liner traffic has eased recently, new services have continued to enter Middle East trades at a rapid rate.

With the decline in vessel waiting times, conventional liner tonnage is re-emerging as a major force.

In addition to ro/ro services, large numbers of small, geared cellular vessels have been introduced by operators since 1976, and with new, gantry-equipped container terminals opening up, g e a r l e s s containerships are also beginning to appear. On top of this, there is a noticeable trend toward larger vessels, offering scope for cost savings through scale economies. Add to all this LASH vessels, towed barge systems and hybrid vessels (such as the "Strider" class), and the variety of shipping types competing on Middle East routes can be seen to exceed that of any other major liner trade.

By summer 1977, capacity on ro/ro and container services into the Middle East had reached an estimated 35,000 TEU per month, with 25,000 TEU to the Gulf and around 10,000 TEU to Red Sea ports. Of the Gulf capacity, some 19,000 TEU was being provided by geared containerships, with ro/ro-based tonnage accounting for most of the remainder. In the Red Sea, unitized traffic was l a r g e l y rolling in either pure ro/ros, ro/ro container hybrids (with ro/ro access but cellular stowage) or towed barges (with ro/ro access and stowage). By March 1978, unitized capacity on Middle East routes had risen to an estimated 58,000 TEU per month, with container services accounting for 39,000 TEU and ro/robased services for an estimated 19,000 TEU.

H.P. Drewry calculations suggest that average load factors on Middle East routes have declined over the past year. Other evidence —a fall in freight rates, the financial difficulties of some operators and "rationalization" of services —supports the view that these trades are overtonnaged at present.

There would seem to be little prospect of any rapid improvement in fortunes. A significant number of container, ro/ro and even conventional vessels are on order for Middle East routes, and several new services have been announced in recent months, principally from the Far East and Australia. It may be several years before the further penetration of unitization boosts container and ro/ro traffic sufficiently to absorb the surplus unitized tonnage. An anticipated absolute decline in conventional liner traffic will tend to maintain excess capacity in this sector, even though only limited additions to the range of conventional services on offer are forseen.

As regards the ports, the programs of massive development, spurred on by the post-1973 traf- fic boom and surge in oil revenues, played only a minor role in the easing of congestion—most of this new development is still "in the pipeline." As with shipping, there are considerable fears of overcapacity.

The new HPD survey reveals that the number of conventional general cargo berths (with depths of water of 8 meters or more) at ports in the region rose from 97 in 1973 to 176 by end- 1976 and is scheduled to reach an astonishing 484 by the end of 1983. The first two containerro/ ro berths were designated in 1976; by end-1977, there were 18 such berths. The number of such facilities may reach 74 by end- 1983. Comparison of projected port capacity with projected traffic clearly reveals the prospect of a major overprovision of both conventional and unitized facilities at Middle East ports in the early 1980s. Port authorities in general will be unable to cover the capital and operating costs of their new berths, given the low levels of utilization expected, and a substantial element of subsidy in tariffs seems inevitable. This may well affect the competitive position of different vessel types and may favor those (such as gear less containerships) which are heavily dependent on expensive port facilities.

Port overcapacity may also reinforce overtonnaging in shipping, by making it easier for operators to introduce additional sailings or new services, should the market begin to show signs of improvement.

In addition to quantifying the growth of Middle East liner shipping and port facilities, and comparing capacity in both sectors with volumes of traffic, "Middle East Liner Shipping" contains quay-to-quay per cargo ton cost comparisons for different sizes and types of liner vessel (conventional, cellular, ro/ro, etc.) on Middle East routes. An assessment is made of which types of service, and which types of operator, are most likely to survive and ultimately prosper in these now highly competitive trades.

"Middle East Liner Shipping: An Economic Analysis of Traffic, Services, Ports and Future Prospects," priced at U.S. $160 for all overseas orders or £75 for U.K. 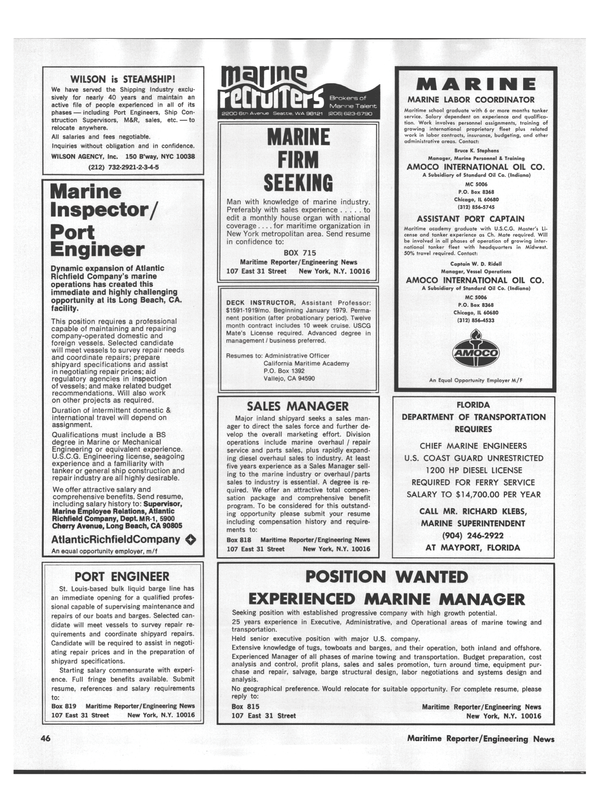