Escher Wyss has been a major manufacturer of controllable-pitch propellers for over 40 years. Presently, over 1,300 Escher Wyss propellers are in service, including the world's most powerful, a 24-foot-diameter system absorbing 46,000 horsepower.

He assumed his new position in February of this year. Mr. Streb will coordinate and direct the engineering, marketing, sales, and field service for the Tacoma Boat- Escher Wyss propellers. He brings to Tacoma Boat 19 years' background in the technical and operational aspects of marine and ocean engineering, systems design, mar- keting and contract management.

Ten of those years were in the field of controllable-pitch propellers.

Under the license agreement, Mr. Streb has established complete marketing and field service capability for the Escher Wyss propellers within the United States. 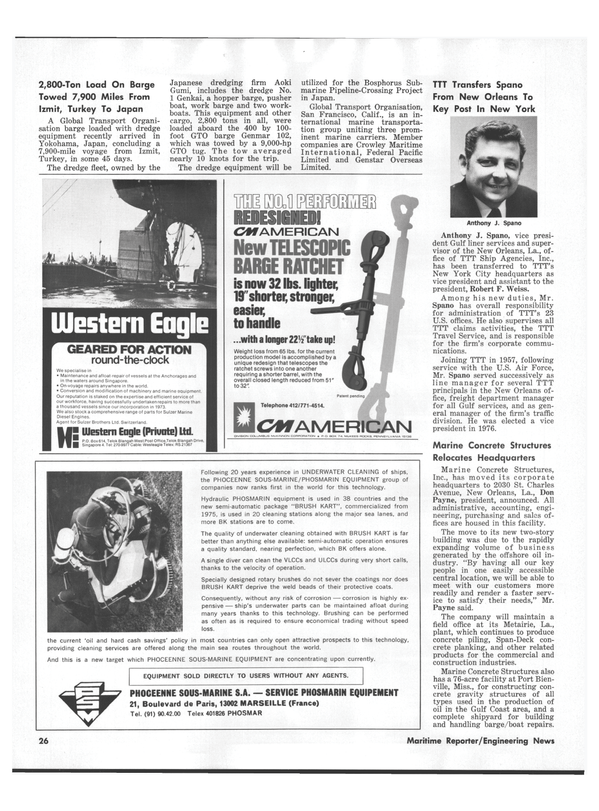