10048, has announced the promotion of Joseph F. Madeo Jr. to the position of general manager of its Merritt Division. This is the former Marine Salvage Division of the Merritt-Chapman & Scott Corporation.

As the largest U.S. firm engaged exclusively in marine salvage, Murphy Pacific maintains marine salvage stations in New York, Key West, Fla., and Kingston, Jamaica, under the cognizance of the Merritt Division. Warehouses at these s t a t i o n s are stocked with all types of portable salvage equipment, including the most advanced pumping systems for the lightering of all forms of liquid cargo. The M/V Rescue M, one of the most completely equipped salvage vessels in the world, and the 265-ton derrick barge Merritt 400 are maintained on station at Kingston. Merritt equipment and knowledgeable manpower are available to the marine industry, either directly or on a subcontract basis.

In addition to its involvement in the commercial salvage field, Murphy Pacific is the holder of the U.S. Navy's contract for the provision of salvage services on the United States Atlantic and Gulf Coasts and the contiguous waters extending eastward to the European and Mideast areas.

Mr. Madeo joined Murphy Pacific in 1971 as a Salvage Master after 30 years of distinguished service in the U.S. Navy, including a stint as the Commanding Officer of Harbor Clearance Unit One during the heyday of Vietnam.

He was promoted to Operations Manager in 1973 and, after receiving the "Meritorious Public Service Citation" from the U.S. 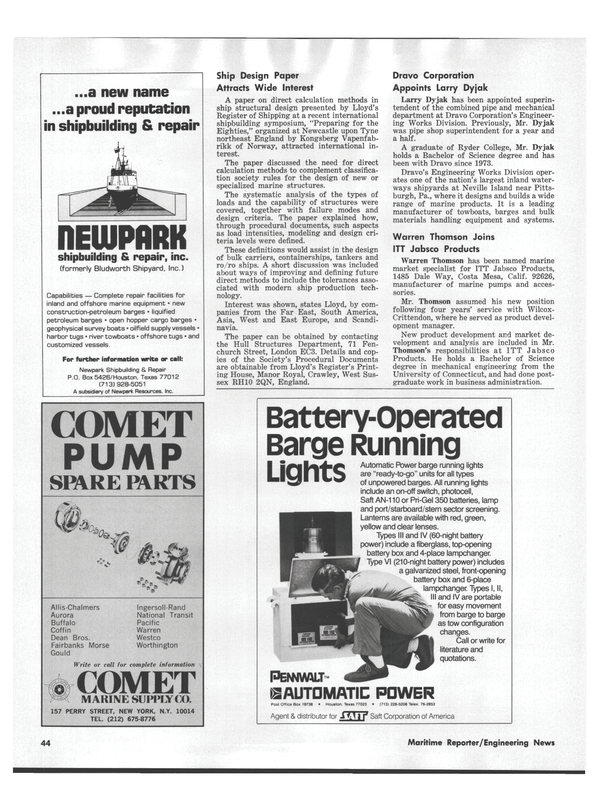