The Maritime Administration recently acquired the roll-on/rolloff vessel Atlantic Bear at a federal auction held in Norfolk, Va., with a bid of $17.5 million. The vessel was owned by Pacific Far East Line, Inc., which went bankrupt in 1978. The government holds a preferred mortgage on the ship.

In June 1978 it paid off $37.6 million in unpaid principal and $1.7 million in accrued interest on the vessel's mortgage which was backed by the government's Title XI financing guarantees.

Acadian Marine Co. of Lake Success, N.Y., has a conditional contract with the Secretary of Transportation to purchase the ship for $21.8 million plus the cost of all repairs and reconditioning work necessary to put the vessel in class. (The ship has been idle in the National Defense Reserve Fleet for most of the past six years). As a condition of the agreement, Acadian has been issued a Letter of Commitment for Title XI guarantees covering 87 Vi percent of the depreciated original actual cost of the vessel and its reconditioning costs.

Acadian is a Delaware partnership of two corporations, Atlantic Shipping Corp., and Spirit Marine, Inc., which will own the vessel, to be renamed the Atlantic Spirit. 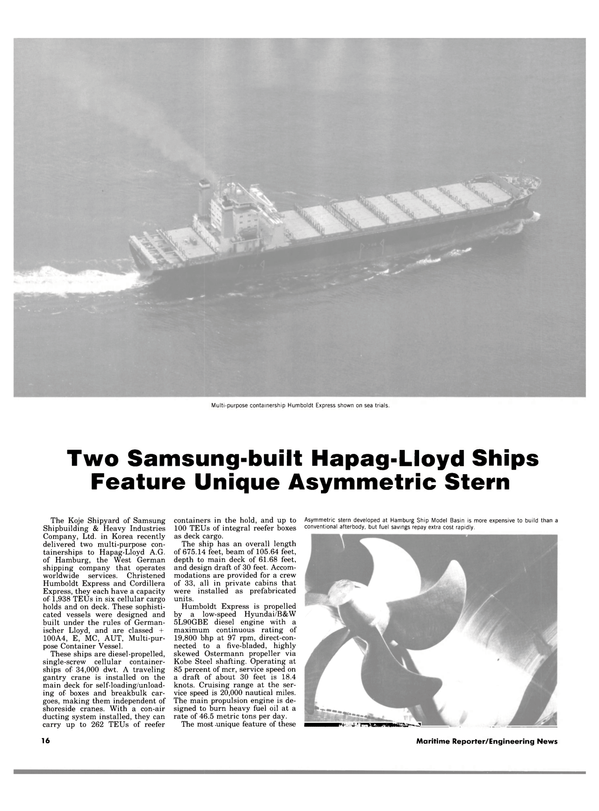