Mr. Wolcott began his career with Socal in 1957 as an engineer in the company's oil producing operations.

In 1969 he transferred to Chevron Overseas Petroleum Company for assignments as chief engineer and production manager in Maracaibo, Venezuela, and in 1972 he joined Chevron Shipping as assistant manager of the international fleet.

Mr. Arado is a graduate of U.C.

Berkeley and has a degree in chemical engineering. He has experience in refinery operations, economics analysis and marine engineering.

Mr. Ternus has degrees in electrical engineering from Marquette University and the University of Pennsylvania. He served five years as an engineering officer in the U.S. Navy. 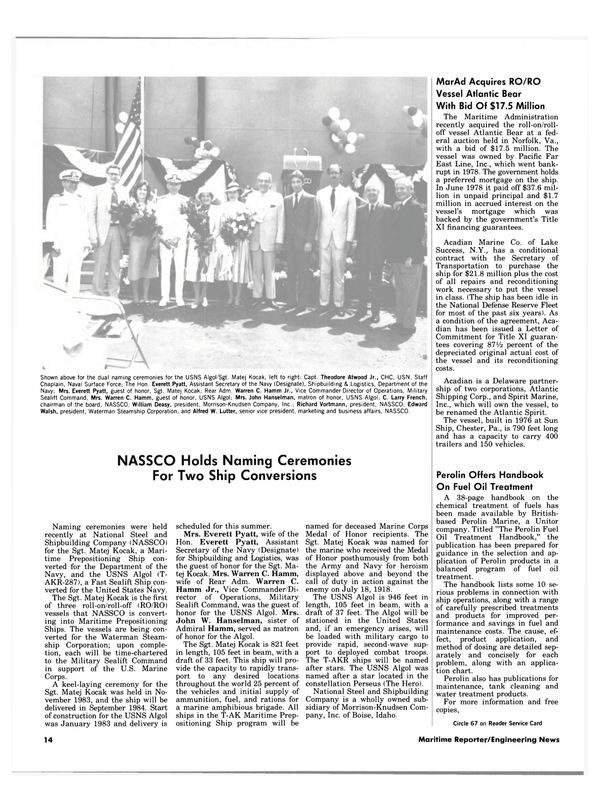