The first of the U.S. Navy's new class of fast supply ships, the USNS Capella, was dedicated recently at the Pennsylvania Shipbuilding Company's yard in Chester, Pa.

The dedication ceremony began with an invocation and concluded with the traditional breaking of a bottle of champagne on the ship's bow. Shipyard employees and their families attended, as did many local residents and invited guests.

The Capella is one of the Navy's largest and fastest auxiliary ships.

With an overall length of 946 feet, beam of 105 feet 6 inches, depth of 66 feet IV-i inches, and draft of 36 feet 8 inches, the 24,000-dwt vessel is powered by a General Electric/ Foster Wheeler steam turbine plant of 120,000 shp that gives her a service speed in excess of 33 knots. She carries tanks, armored personnel carriers, helicopters, and other wheeled equipment for an armored division of the U.S. Army.

In one typical arrangement, she will carry 122 M-l tanks, 183 helicopters of various sizes, and other assorted wheeled equipment.

Helicopters can land on and take off from two landing pads on the topmost deck, and can be stored in the space below it. Tanks and wheeled vehicles are loaded through a special door on each side of the ship. Each door is fitted with a 73- by 20-foot folding ramp that has a design capacity of 65 tons. These doors give access to 185,000 square feet of stowage area distributed over four decks that are connected by internal ramps.

The heavy duty, 35-ton cranes are fitted amidships to handle loads over the side of the ship, and two more, each of 50 tons capacity, are fitted aft for the same purpose and to serve four cargo holds that are arranged to carry both standard 20-foot and 35-foot containers and up to eight Sea Sheds—open-frame cargo-carrying devices, 35 by 25 by 8 feet—that fit into the same space as three standard containers and are designed to carry outside and extra-heavy (up to 70 tons) loads. Each pair of cranes can also be worked in tandem to provide 70-ton lifts.

The Capella and her sister ships will be independent of port facilities, and can load and unload directly from or to floating causeways, barges, or other ships—a flexibility that can be extremely valuable in an emergency.

The Capella was built by Rotterdam Dockyard in the Netherlands in 1972 as the Sea-Land McLean.

She was the first of a revolutionary new class of eight large containerships, known as SL-7s, built in Europe for Sea-Land Service, Inc. for operation in the U.S. foreign trade. At the time, these ships were the largest pure containerships ever built, with a capacity of 1,096 thirty-five foot boxes. What made them unique, however, was their speed. At 33 knots, they could cross the Atlantic in four days and operate a twoweek sailing schedule comfortably.

They are still the fastest commercial cargo ships of any size or type ever built.

The Capella and three sister ships—Algol, Antares, and Bellatrix— will be operated for the Military Sealift Command by Sea-Land Service under a three-year $19.7- million contract just awarded by the Navy. Under the contract, Sea-Land will man, operate, and maintain the ships in a reduced operating status with a minimum crew aboard. Two of the vessels will be based at Jacksonville, Fla.; the other two will be berthed in Violet, La. They will be placed in full operating status for 30 days a year for training and exercises purposes.

Sea-Land sold the eight SL-7s to the Navy in 1982 for a total of $271 million. The other four are currently being converted into fast supply ships, and are scheduled to be redelivered to the Navy between October 1985 and March 1986. 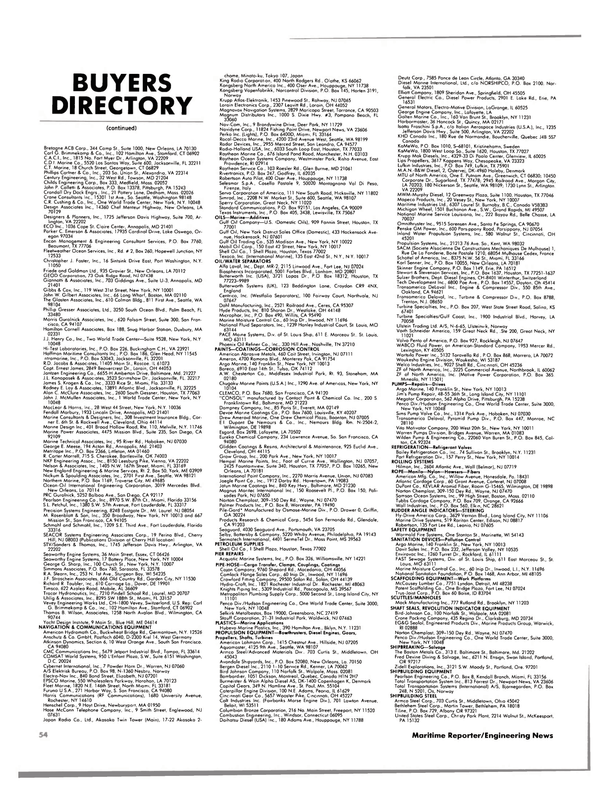