Lewis to the position of chief structural engineer.

The announcement of these two appointments was made by Robert E. Bradbury Jr., president of Marine Engineering Company.

Prior to his appointment as manager of engineering, Mr. Laird served as chief structural engineer for Marathon Marine Engineering Company. He is a graduate of the University of Houston and holds a B.S. degree in mechanical engineering. He is a Registered Professional Engineer (State of Texas). 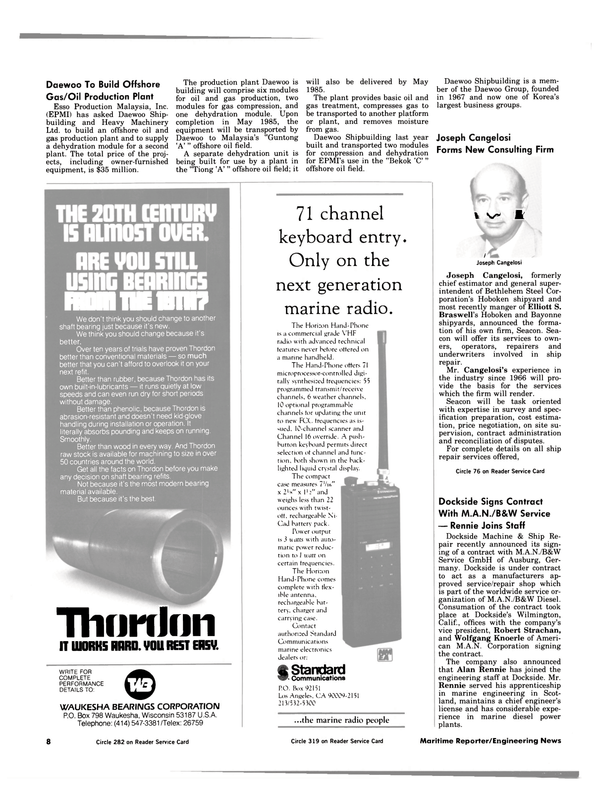