The acquisition of the San Diego operation fulfills the company's goal of expanding its presence on the West Coast.

According to Orlindo Barsetti, president of Service Engineering Co., the San Diego facility will continue to operate under the name of Continental Maritime of San Diego, Inc., while the San Francisco yard will be closed and its assets and key personnel incorporated into Service Engineering.

Mr. Barsetti also announced that Jay W. Lamb, former SECO vice president, has been appointed as president/CEO of the San Diego yard, and that construction of a new 700-foot pier for that facility will commence in September and is scheduled for completion in early spring of 1991. The new pier is expected to double the present berthing capacity.

Service Engineering Co. has operated on the San Francisco waterfront since 1955 and remains one of the two major repair yards in the Bay Area. With a combined workforce of 1,000 skilled craftsmen, extensive waterfront facilities, and a history of quality work and on-time performance, SECO and CMSD are ready to provide a complete range of services for commercial and naval vessels. 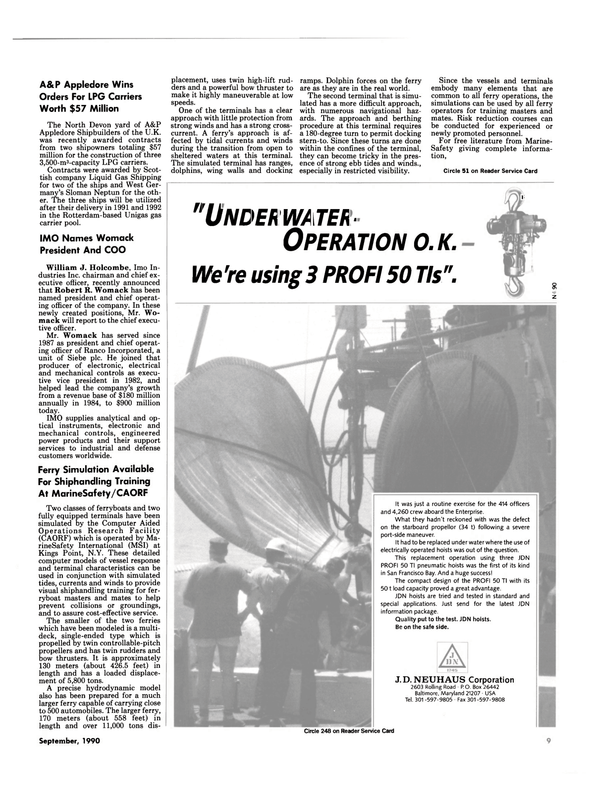