Willard Marine Inc., a leading manufacturer of rigid inflatable boats based in Anaheim, Calif., recently announced that testing for SOLAS approval of its new 18-foot RIB will start at the beginning of next year.

The 18-foot RIB will have the capacity to carry 10 people and is the newest in Willard Marine's line of rigid inflatable boats which include 22- and 24-foot RIBs. The 22- foot RIB is currently being tested for SOLAS approval, and is expected to be SOLAS approved in October.

Designed for quick response and rescue applications of the U.S.

Coast Guard, U.S. Navy, Oil and Fishing Industries, the 18-foot RIB is constructed like all Willard Marine RIBs. It utilizes high quality fiberglass and an inflatable collar that is mechanically fastened to the hull. The collar is constructed of heavy polyester weave fabric and has a neoprene-hypalon coating for extra durability.

With SOLAS approval expected in October for its 22-foot RIB, Willard Marine will be the only U.S.

manufacturer of SOLAS-approved RIBs. "We're very proud of that fact," remarked Bob Pearcy, president of Willard Marine. "It reflects very positively on the quality of our construction and design, and with the eventual SOLAS approval of the 18-foot RIB, I really feel that Willard Marine's leadership in the manufacturing of RIBs will be secured." For more information and free literature from Willard Marine, Circle 44 on Reader Service Card 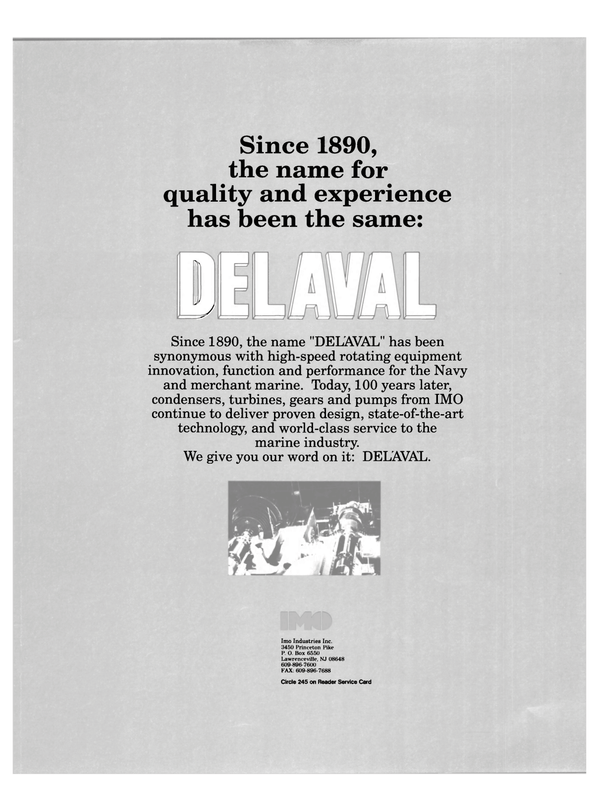