Reductions in military spending are having adverse effects on defense contractors, particularly smaller companies which are totally dedicated to the military market.

Such is the case with SPD Technologies, a large producer of military circuit breakers and switchgear, and its subsidiaries, Henschel, which designs and manufactures ship control and interior communications systems, and PacOrd, which specializes in ship repair and overhaul services.

"Even though we have leadership positions in our respective product categories, the shrinkage in the market puts us in a life-threatening situation," commented George M.

"We're not about to abandon the military market," said George M.

Gordon, chief executive officer of SPD Technologies. "First of all, our products are critically important to the nation's defense, and we have been faithfully serving this market for more than 75 years—MIL-SPEC engineering and manufacturing is what we know best and do best," said Mr. Gordon.

According to Mr. Gordon, SPD has instituted several major initiatives to diversify and expand its products and services to the marine market.

First, SPD is seeking to acquire new lines of military hardware that fit with its totally integrated manufacturing framework.

"We're talking to companies with relatively significant product lines, up to $30 million or so, which simply don't fit strategically in current long-range plans," said Mr. Gordon.

He indicated that SPD is interested in the fabrication or assembly of virtually any type of mechanical or electromechanical systems or components. Included among the types of lines being considered are motor controllers and motor control centers, power conversion and regulating equipment, transformers, rectifiers and power switching equipment.

SPD's fully integrated manufacturing plants in Philadelphia and Newburyport, Mass., and a highly experienced team of engineers and technicians, lend particularly well to bringing in contract fabrication and assembly.

For example, the company has developed an advanced new computerized all-cell battery monitoring system which has now been successfully applied by the Canadian Navy.

In addition, SPD has accelerated the expansion of its technology in the development of the first electronically controlled 100-ampere military circuit breaker to other types of small molded case breakers.

SPD also expects more growth from its role in the U.S. Navy's integrated electric drive program. The company is working under a $6.7- million contract to produce a 5,000- volt switchgear as a subcontractor to GE for use on the first IED vessel.

At the same time, SPD is looking at expanding into commercial applications with its products. SPD and Henschel engineers are evaluating several areas in which high reliability systems are required in an effort to expand production selectively beyond the military sector.

Henschel, for example, is planning to expand its presence in the bridge control market. Also, applications for new battery monitoring systems in the utilities sector are being explored.

Furthermore, the company is seeking to apply its extensive engineering expertise on a broader horizon of developmental projects.

Henschel in particular has extensive project and engineering research experience across a wide range of monitoring and controls systems applications. For example, the company is currently taking an active role in the development of new highly distributed parallel network communications systems. 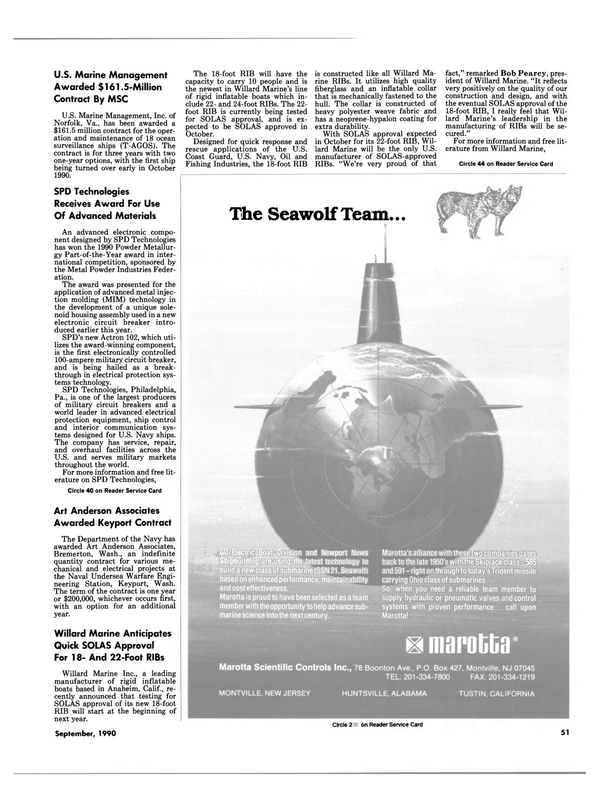