Gilbert Cheramie, president of Gilbert Cheramie Boats, Inc., and T.R. Hensley, president of Service Marine Industries, Inc. (SMI), recently signed a contract for the construction of a 145-foot by 36-foot by 11-foot 6-inch utility boat. The new vessel will be a sister ship to the Erika Lynn, the last oilfield boat built by SMI after the downturn in the oilfield market. Delivery is scheduled for early September 1991.

Mr. Cheramie and his son, (Brian, operate one of the largest utility boat fleets in the Gulf of Mexico. Started in 1955, the company's fleet has grown to 20 boats, the last two of which were built by SMI.

Service Marine Industries is a full service shipyard in Amelia, La. For the past five years the company has been building large U.S. Coast Guard-approved dinner/excursion boats, having recently launched an 800-passenger, 175-foot dinner/excursion boat, the M/V Odyssey.

This sleek, megayacht-style boat, owned by Odyssey Cruises, will start operation from Navy Pier in Chicago next month.

In announcing the new contract, Mr. Hensley said that SMI is receiving other inquiries for oilfield boats and that he expects to start another oilfield supply boat in the near future. SMI is currently marketing a new 220-foot by 45-foot by 18-foot OSV that has been designed for handling cargo to deepwater drilling rigs and production platforms.

Mr. Hensley added that SMI would continue to market and build the shallow-draft passenger vessels in addition to oilfield boats.

For free literature on the facilities and capabilities of Service Marine Industries, Circle 34 on Reader Service Card 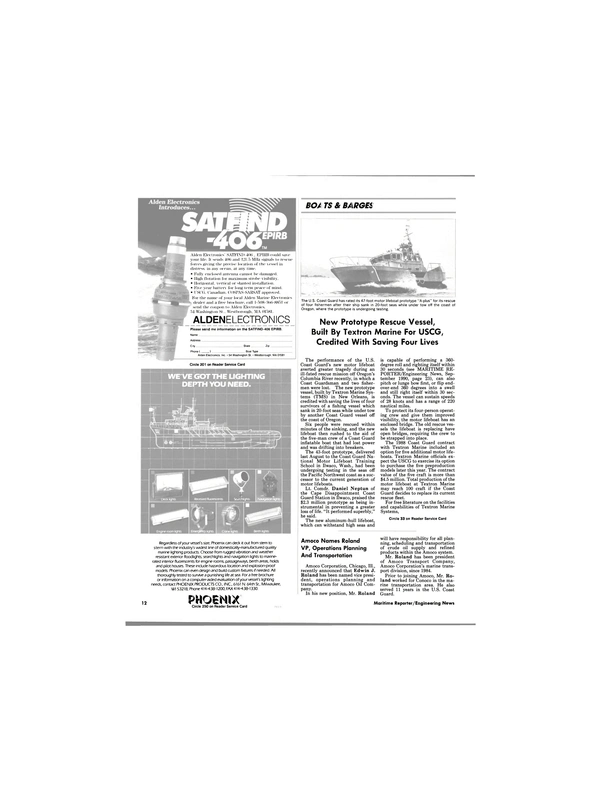