The 912 TEU barge, which was christened in Portland, Ore., is ready to transport empties, full container and project cargoes moving between the U.S. west coast, gulf coast and eastern seaboard ports. Completing the 5,900-mile journey from the west coast to the eastern seaboard through the Panama Canal, the vessel is expected to enter service in early January.

Bruce Fenimore, the vessel will be utilized in Columbia Coastal's Gulf Services linking the ports of Houston and New Orleans. Columbia Elizabeth sets the total number of the company's U.S.-flag container barges at 11, which will be deployed in regularly scheduled feeder service operations on the U.S.

Atlantic and Gulf coasts, as well as Freeport. Bahamas. 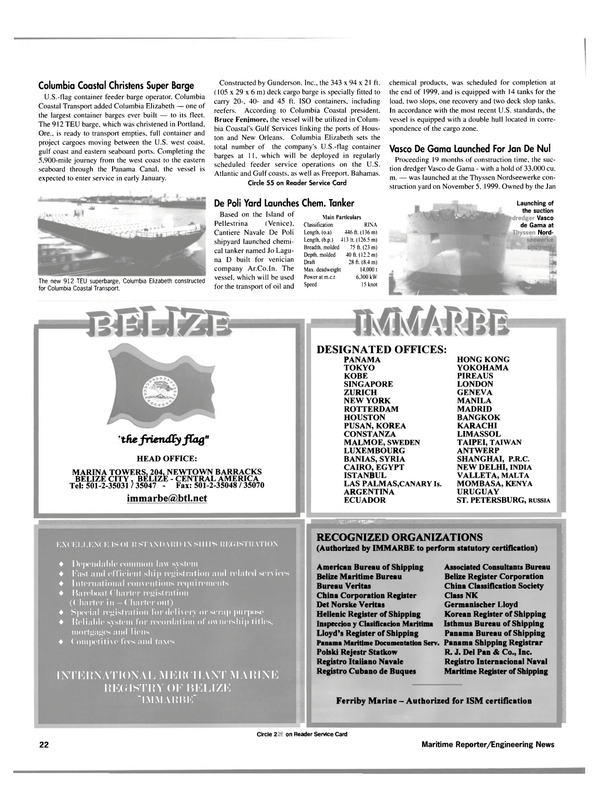