Piraeus-based Hellespont Shipping Corp. has contracted Samsung Heavy Industries for the first two vessels in a new class of VLCC's. The contract also calls for the option to build two optional ships — with delivery beginning in the last quarter 2001.

With a lightweight of 46,500-tons, the vessels are touted as forming a new standard for large tanker strength and speed — while equipped with various features.

The ABS and LR-approved structures and scantlings will be 10 percent in excess of both rules.

The vessels will be fitted with a 45,000-bhp main engine, about 6,500- hp above the largest engine that has been installed in a modern VLCC. These engines will provide the vessels with a loaded service speed of at least 17.2 knots. An inerting system utilizes the double scrubbing method developed inhouse by Hellespont - resulting in sulphur dioxide levels less than 1 ppm. 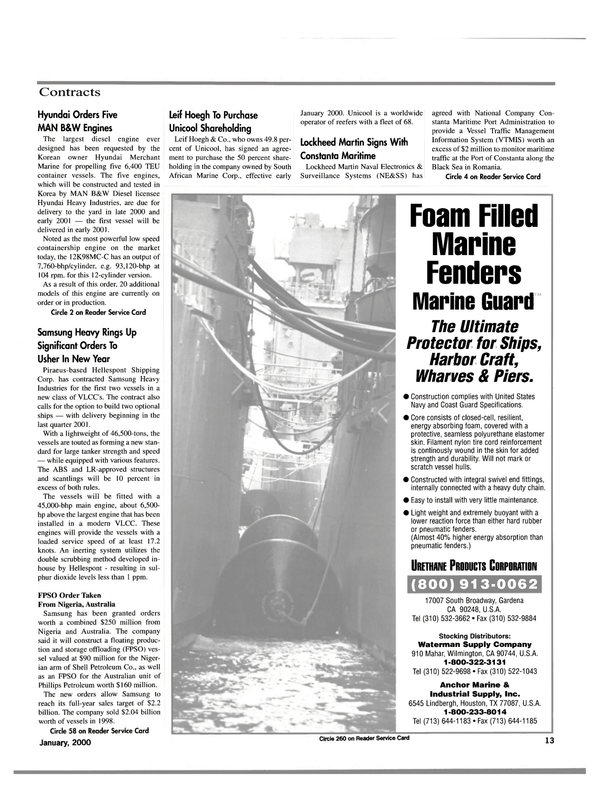