92-hp engine, while the Ml 15T is a 4.0 liter engine that develops 115 hp at 2,400 rpm. When compared to the engine that they are replacing, the engines offer greatly improved all-round performance and lower emissions.

Targeting both the pleasure and commercial markets, the new engines offer a new water pump and improved cooling of the engine. Also, a stiffened block and head, and the incorporation of the latest sealant technology, are designed to contribute to the 50 percent increase in engine life that is being claimed.

Compared with the M90, the M92, for example, is said to offer a nine percent increase in power output while delivering a 6.8 percent reduction in specific fuel consumption at the rated speed, while the lubricating oil capacity has been reduced by nearly 23 percent.

Annual servicing costs look set to fall by more than 50 percent, and greater fuel efficiency, based on typical duty cycle figures over three years, will slash $2,600 off the fuel bill.

The engines meet all existing and planned EU and IMO/EPA emissions legislation. 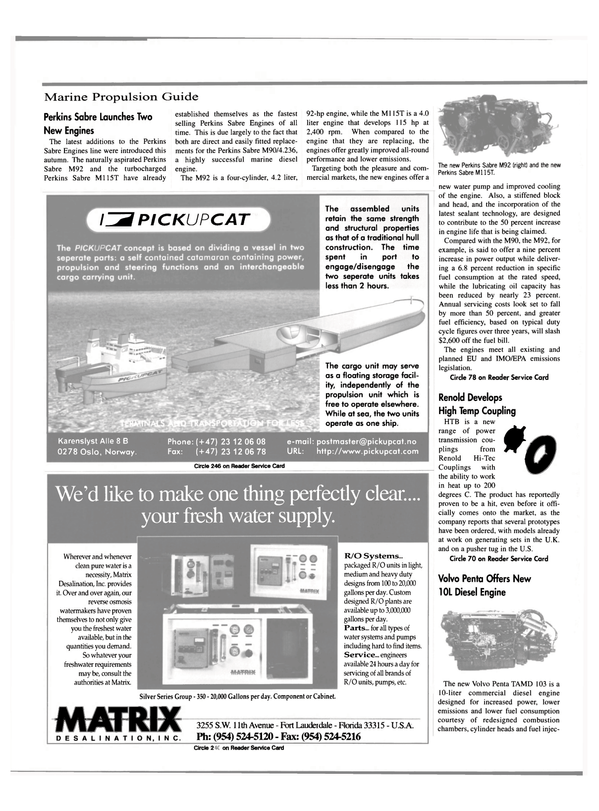