Offshore construction vessel Olympic Bibby, build no. 371 from Kleven Verft, has been delivered to Norwegian shipowner Olympic Shipping. The vessel has a long term charter with Bibby Offshore, and its first job will be on the British sector of the North Sea.  The naming ceremony was held in Olympic’s home harbor Fosnavåg April 9. The vessel measures 87.5  x 19m, making the entrance to the narrow harbor (22m wide) a spectacular sight. The vessel is of MT 6021 design from Marin Teknikk, has accommodation for 68 persons, and is purpose built for subsea inspection, maintenance and repair work.  Olympic Bibby is the seventh offshore vessel delivered by Kleven to Olympic since 2011, and later this summer vessel number eight, Olympic Nike, will be delivered from Kleven Verft. 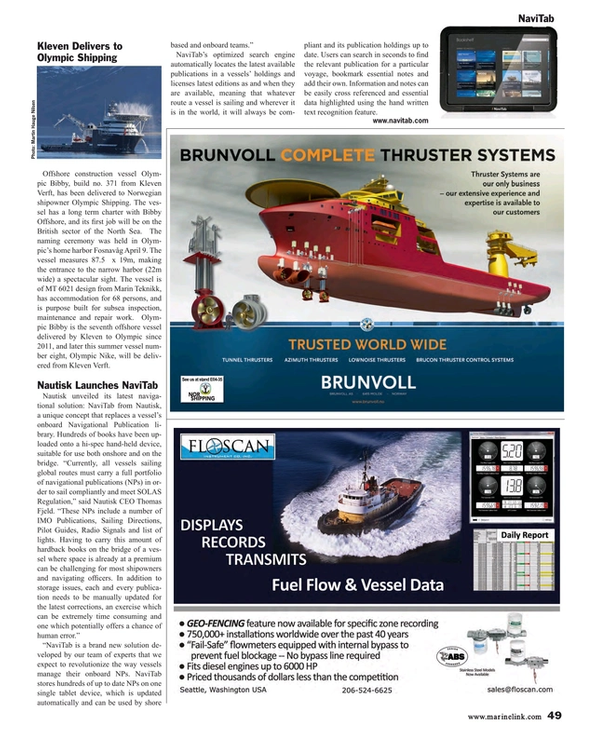 Read Kleven Delivers to Olympic Shipping in Pdf, Flash or Html5 edition of May 2015 Maritime Reporter