Bollinger Puts Its Expertise To The Test

The 34-ton 9.1 ft. diameter, 360 degree azimuthing Kamewa thruster underwent a complete overhaul with blade repairs. On another front, according to Boysie Bollinger, Bollinger's chairman of the board, the company was granted a contract from the U.S. Navy for the modification of three of the first 13 PCs to include the new stern ramp and other equipment weapons and upgrades in a pre-planned product improvement program, which could lead to — dependent upon funding — all 13 of the first block of PCs. 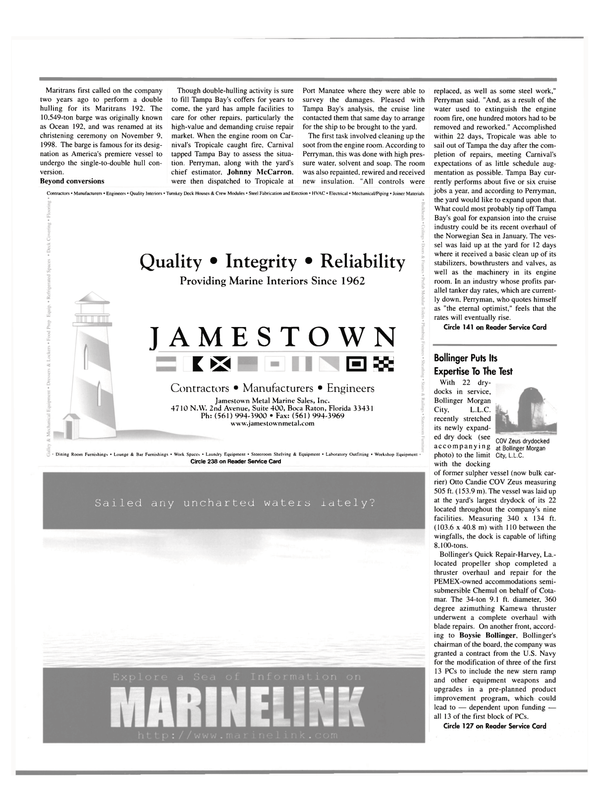 Read Bollinger Puts Its Expertise To The Test in Pdf, Flash or Html5 edition of March 2000 Maritime Reporter