Following the six-week voyage, the first shipment of two partly erected Hanjung cranes arrived at the Blount Island Terminal located in the port of Jacksonville on December 4, 1999. During the voyage, the vessel had to cross the Bridge of Americas - which crosses the Panama Canal. In order to accomplish this, the cranes' topsides and booms were lowered to a height of 154 ft. (47 m). The fully erected height of the cranes with the boom up is 295 ft. (90 m). Dock Express 11 is scheduled to perform its second voyage during the end of January - arriving at Jacksonville in early March. 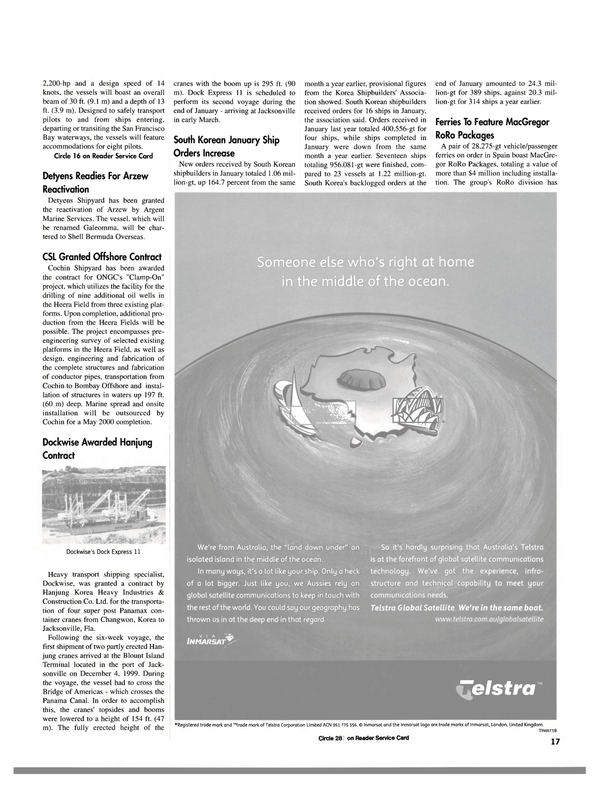