The yard has attained a variety of work involving containerships, RoRos, OSVs, tugs and Government vessels. M/V Sanderling, M/V Caribou and M/V Fines were noted as receiving steelwork and blast and painting, while AHTS and OSVs Hebron Sea, Riverton, Tignish Sea, Highlander Sea and Venture Sea were scheduled for maintenance as well.

Halifax Shipyard recently undocked passenger RoRo ferry — Princess Acadia. Able to hold 650 passengers, the ferry had been at the yard for 15 days undergoing repairs on its funnel deck and had its CP propeller blades removed for inspection and change. Maintenance was also completed on the vessel's bow thruster and blast and paint was done on the car deck and outside hull. During that time, valves were also inspected, as were most of the tanks in the vessel. 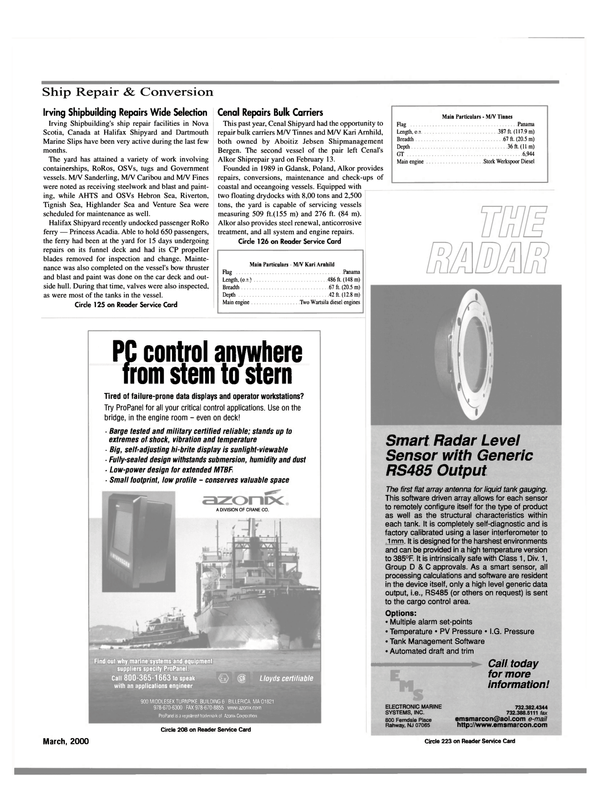