Robert Allan Design To Be Built For Brusco

Brusco Tug & Barge, Inc. of Longview, Wash, has awarded of the construction contract for a new 78 ft.

(23.8 m) Z-drive tug to Diversified Marine, Inc. of Portland, Oregon. This new tug is the seventh in the series of the ASD 23/35 high-performance, lowmanning tug design developed by Robert Allan Ltd.. and incorporates several new features reflected in the ongoing development of this class of modern high-performance ship assist tug.

The most significant change to the design is the increase in power installed in this tug design since its initial development over 20 years ago. The tug has been increased to provide greater stability, and the tendering system has changed significantly to reflect both the higher power, and changes in fender and hawser technologies.

The tug is scheduled for delivery during the fourth quarter of 2000. at which time it will be put to work in Port Hueneme, Calif. 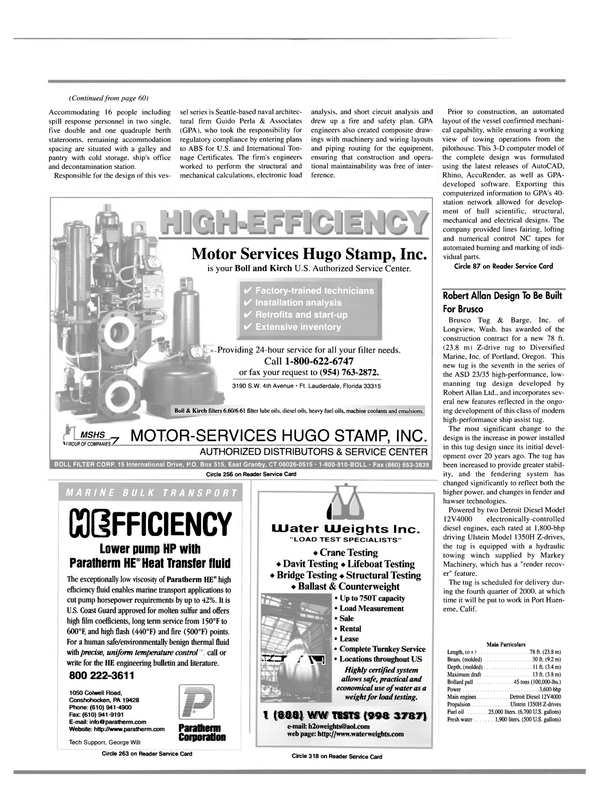 Read Robert Allan Design To Be Built For Brusco in Pdf, Flash or Html5 edition of March 2000 Maritime Reporter