The election of Anthony P. St.

John to assistant vice president, Industrial Relations Department, was announced by George A.

Mr. St. John, advancing from manager of labor relations in the Industrial Relations Department, is succeeding Mr. Moore, whose election to vice president has been announced.

A native of Washington, D.C., Mr. St. John was graduated from the University of Virginia with a Bachelor of Laws degree in 1960. Prior to joining Bethlehem as an arbitration attorney in 1965, he was employed as a trial lawyer for the National Labor Relations Board in Baltimore, Md.

Subsequent to his initial assignment as an arbitration attorney with Bethlehem, he has held the positions of senior labor attorney and assistant to the manager of labor relations. He was promoted to manager of labor relations on January 1, 1973. Since 1973, he has chaired company-level negotiations with the United Steelworkers of America (USW) in both 1974 and 1977, and with the Industrial Union of Marine and Shipbuilding Workers of America in 1975 and 1978. In addition, he has been responsible for dayto- day administration of 40 collective bargaining agreements covering approximately 75,000 employees.

Mr. St. John has been admitted to the practice of law before the Maryland Court of Appeals, the Supreme Bench of Baltimore, and the Federal District Court for the State of Maryland.

Mr. St. John is a member of the American Iron and Steel Institute and Lehigh Country Club, Allentown, Pa. 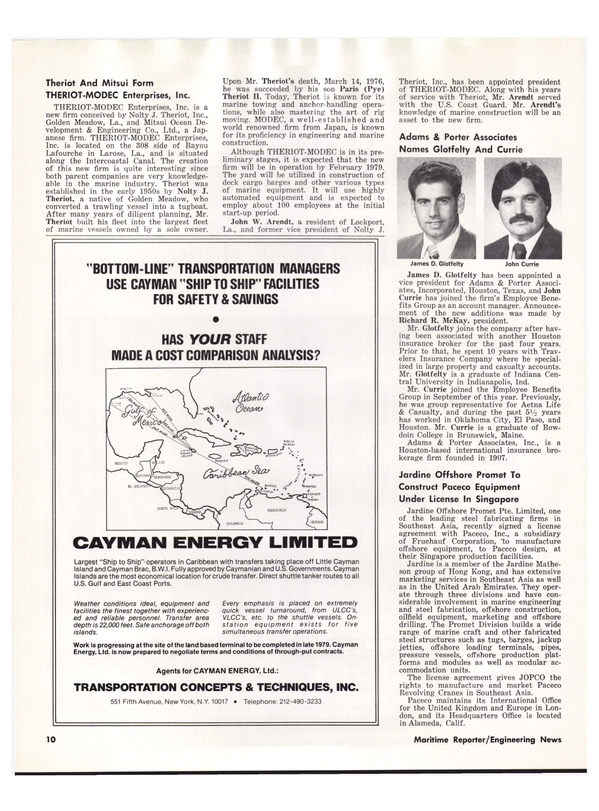