Delaval's Engine and Compressor Division of Oakland, under the project awarded by Levingston Shipbuilding Co., Orange, Texas, will provide each of the five new cargo ships with two RV-12 direct reversing engines. Each 12- cylinder engine is rated at 7,800 bhp. Because no new ships of this type have been built in the U.S.

since 1944, Mr. Martini said, the program represents a significant revitalization of the U.S.-flag dry bulk fleet, which now consists of only 19 vessels.

Under a federally-subsidized ship construction program, the Maritime Shipping Administration will assist the shipowner, Levingston Falcon I Shipping Co., with nearly half the cost of the five cargo carriers. Total cost of building the 36,414-dwt, 616-foot ships will be more than $200 million.

Delivery of the engines will be spread over a period of two years, starting in July 1979. 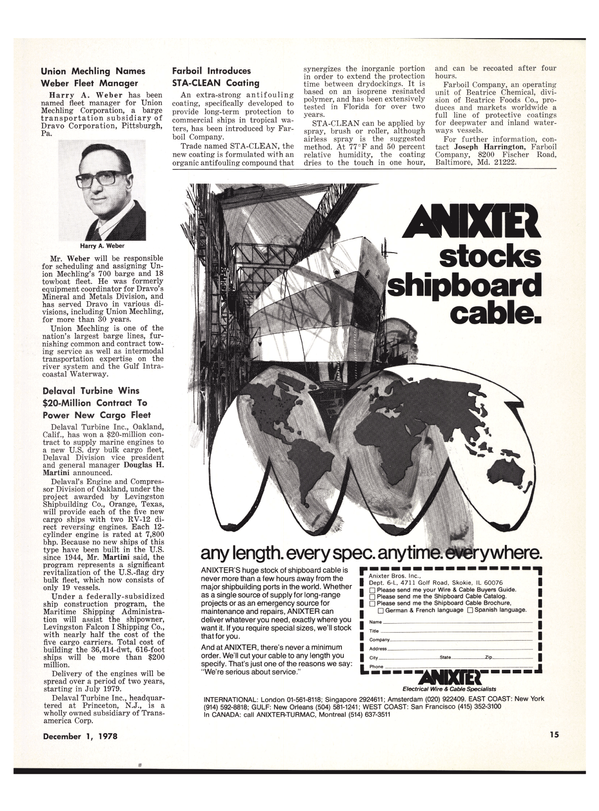