Harmon F. Hoffmann has been appointed vice president and general manager, Marketing, for Mobil Oil Corporation's U.S. Marketing and R e f i n i n g D i v i s i o n , succeeding William V. Butler, who has elected early retirement at the end of this year.

Mr. Hoffmann, who since 1976 has served as general manager, Marine Transportation, Middle East Transportation and Supply, will be succeeded by Walter C.

Mink Jr. Mr. Mink rejoins Mobil Oil as a vice president after serving as president of Seabrokers, Inc., and as a director of Seabrokers' parent company, H.

Mr. Hoffmann joined Mobil in 1954. Before a transfer to the Marine Transportation Department in 1972 as manager, Operations and Charting, he was general manager, Planning and Fi- nancial Analysis for the then North American Division. 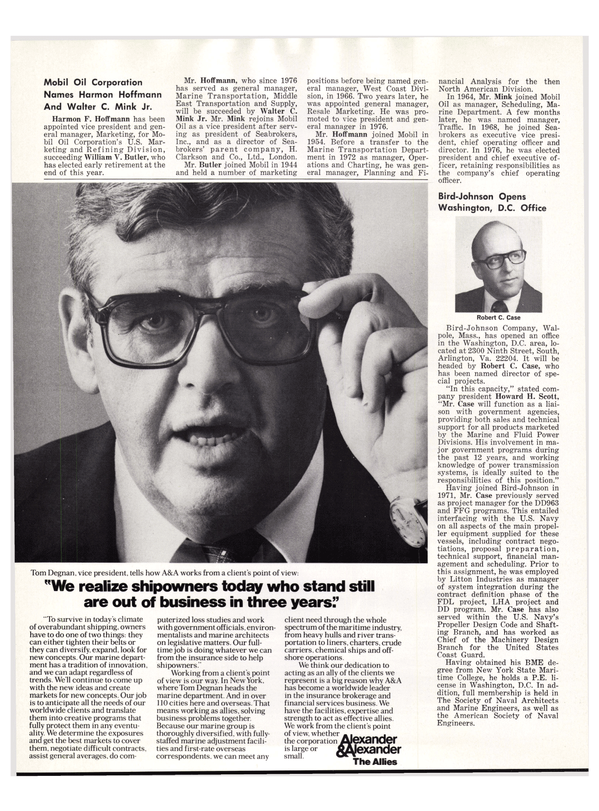