The appointment of Geoffrey VV. Hands as president and chief operating officer of Worthington Compressors, Inc., Holyoke, Mass., effective January 1,1979, has been announced.

Mr. Hands joined Turbodyne Corporation as chief financial officer in December 1973. In January 1977, he was appointed president of Worthington-Turbodyne International, Inc., when all international activities of both the Compressor and Turbodyne companies were placed under a single management, including manufacturing, marketing and sales. He is a certified pubilc accountant, and received his A.B. degree from Dartmouth College and his MBA degree from Amos Tuck School of Business Administration. Prior to joining Turbodyne, he was associated with McKinsey and Company, and Arthur Andersen & Co. 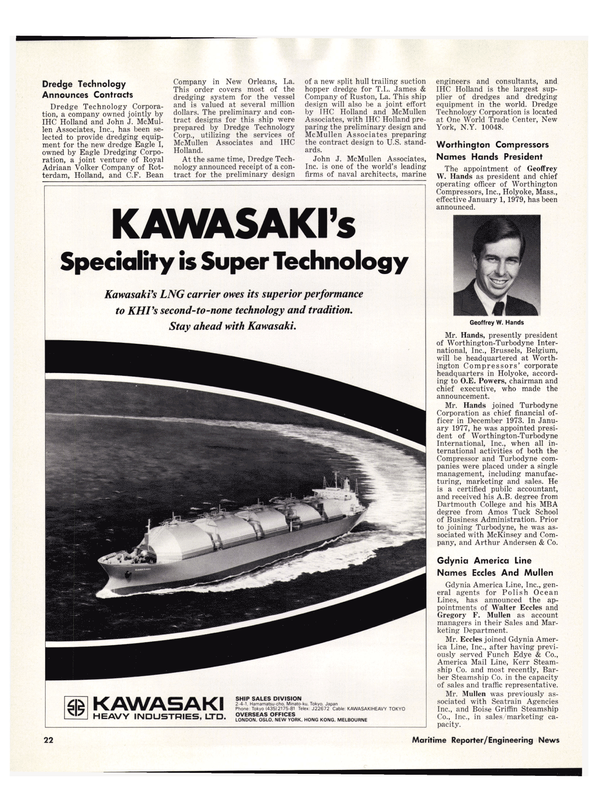