The agreement is another major step in Davie's preparation to respond to long-term projects aimed at bringing Canadian Arctic natural gas to southern markets— in particular, the combined Petro-Canada, Melville Shipping "Arctic Pilot Project." This project will need containment systems for Petro-Canada's LNG storage barges to be used in conjunction with a barge-mounted liquefaction plant. Melville Shipping plans to use ice-strengthened carriers to ship the LNG south.

It is expected that a final decision on these long-term projects will be made within the coming year, with the project being fully operational by the mid-80s.

The "Arctic Pilot Project" was given reason for optimism when provisions for U.S. domestic gas price increases were included in the Carter Administration's Energy Bill which recently passed the House of Congress.

With the signing of the license, Davie becomes the first Canadian company to import the complex marine technology into Canada, and the decision will give the country the opportunity to be among the nations of the "LNG Club," with the capability to build LNG carriers. The importance is that these ships are one of the few classes of vessels to have a strong current and projected demand within the presently depressed marine market. Davie plans in the long term to be able to actively compete on an international basis for this type of vessel.

One of the major advantages of the Gaz-Transport system is that due to the design, it is possible to obtain a very high degree of Canadian content in both materials and labor. Hence, it is possible to attain an economic "spin-off" from constructing LNG carriers in Canada, using the GT Standard Technique 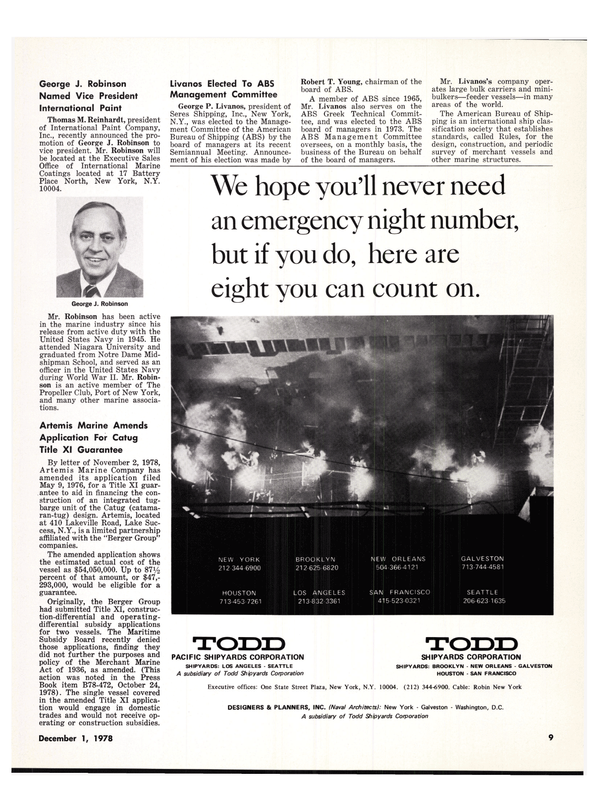