THERIOT-MODEC Enterprises, Inc. is a new firm conceived by Nolty J. Theriot, Inc., Golden Meadow, La., and Mitsui Ocean Development & Engineering Co., Ltd., a Japanese firm. THERIOT-MODEC Enterprises, Inc. is located on the 308 side of Bayou Lafourche in Larose, La., and is situated along the Intercoastal Canal. The creation of this new firm is quite interesting since both parent companies are very knowledgeable in the marine industry. Theriot was established in the early 1950s by Nolty J.

Theriot, a native of Golden Meadow, who converted a trawling vessel into a tugboat.

After many years of diligent planning, Mr.

Theriot built his fleet into the largest fleet of marine vessels owned by a sole owner.

Upon Mr. Theriot's death, March 14, 1976, he was succeeded by his son Paris (Pye) Theriot II. Today, Theriot is known for its marine towing and anchor-handling operations, while also mastering the art of rig moving. MODEC, a w e l l - e s t a b l i s h e d and world renowned firm from Japan, is known for its proficiency in engineering and marine construction.

Although THERIOT-MODEC is in its preliminary stages, it is expected that the new firm will be in operation by February 1979.

The yard will be utilized in construction of deck cargo barges and other various types of marine equipment. It will use highly automated equipment and is expected to employ about 100 employees at the initial start-up period.

Theriot, Inc., has been appointed president of THERIOT-MODEC. Along with his years of service with Theriot, Mr. Arendt served with the U.S. Coast Guard. Mr. Arendt's knowledge of marine construction will be an asset to the new firm. 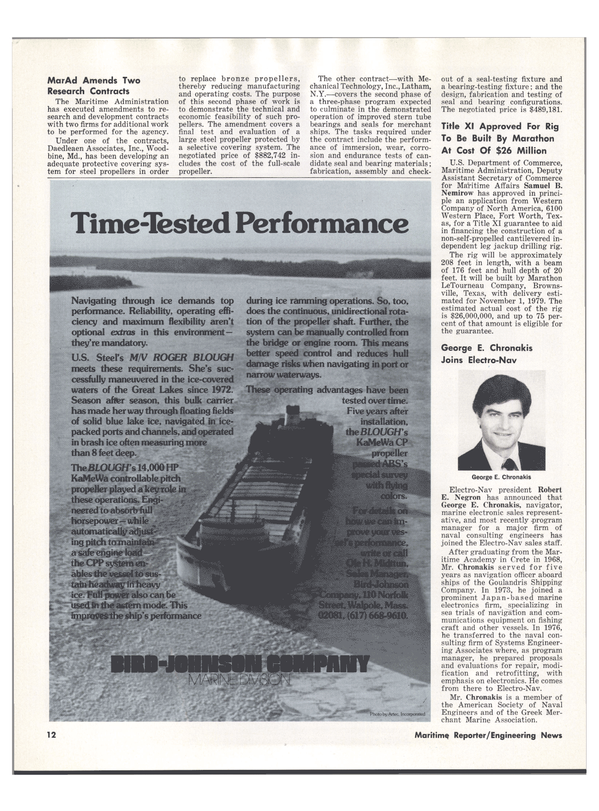