The American Bureau of Shipping (ABS) has announced that its international headquarters are now located at 65 Broadway, New York, N.Y. 10006. The telephone of ABS headquarters is (212) 440-0300.

Young, chairman of the board, "will enable ABS to consolidate its operations in one location, and thus provide even better service to the marine industry." Because of growth in post-World War II years, ABS and its subsidiaries leased space in several lower Manhattan buildings near its previous headquarters at 45 Broad Street.

ABS acquired 65 Broadway, which is near Wall Street in lower Manhattan, in 1977. The 21-story building, formerly the headquarters of the American Express Company, has been completely renovated, and incorporates energy-saving double-pane windows, and airconditioning and heating systems.

"This new facility," Mr. Young stated, "reaffirms the 116-year-old commitment of ABS to New York." The American Bureau of Shipping is an international ship classification society that establishes standards, called "Rules," for the design, construction, and periodic survey of merchant vessels and other marine structures.

ABS has exclusive offices in 87 countries around the world. 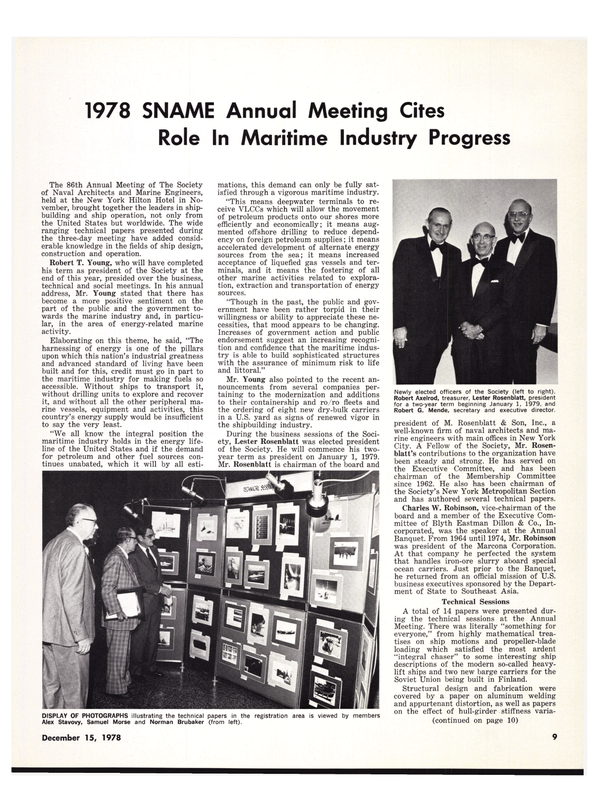