C.L. Graves, chairman of the board and chief executive officer of J. Ray McDermott & Co., Inc., has announced the election of eight officers of the company to positions which reflect their primary functions, and recognize the realignment of duties resulting from the combining of the Mc- Dermott corporate staff with that of The Babcock & Wilcox Company, a wholly owned subsidiary.

Messrs. Kraus, Robidoux and Jolliff will report to Mr. Lynott. 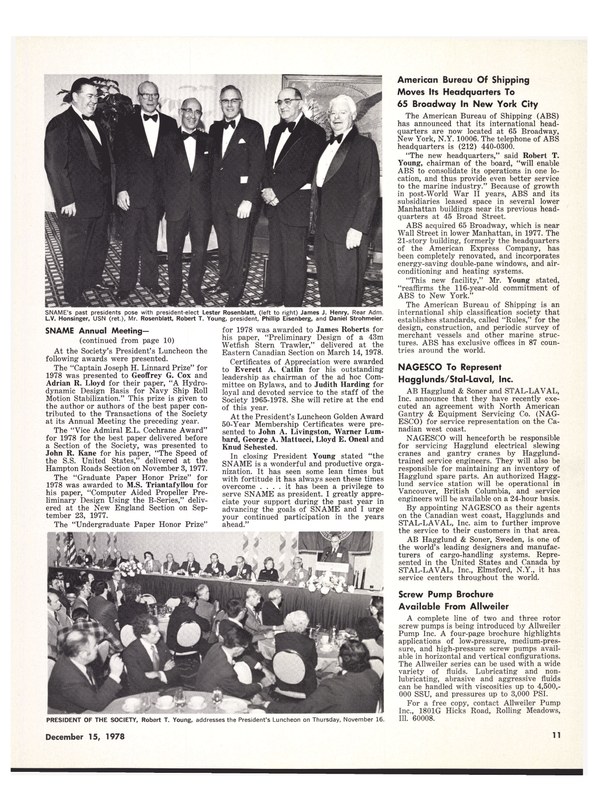