The 21st annual joint meeting of the California Sections of The Society of Naval Architects and Marine Engineers was held in Santa Barbara this year. Los Angeles acted as the host to members from both San Francisco and San Diego. The meeting was organized by Robert A. Rourke of the J.J.

Henry Co., Inc., and he was ably assisted by J. Robert Malone of the Marine Division of the General Electric Company.

The central theme of the conference was "Energy — Transportation — Estimation — Regulation." The first of a series of papers was presented by Joseph W. Koch Jr. of Pacific Marine Associates, in which he discussed the "Regulatory Process For New Marine Related Energy Projects." He described the seemingly endless, and still continuing struggle, of the Southern California Gas Company to secure approval for the importation of LNG from Indonesia. The prospect is good, but the date for completion of this project is still being slipped.

A past chairman of the Los Angeles Metropolitan Section, Harold D. Ramsden, Global Marine Development, Inc., delivered a stir- ring paper on "Estimating For Offshore Energy Development." His emphasis was centered on the need for considering all aspects, both hidden and apparent, of any deep ocean project. The very worst must be anticipated if at all possible. He illustrated his points from his own wealth of experience. These were corroborated with similar statements of concurrence from members of the audience.

The final paper was a joint presentation of Stanley Factor and Sandra J. Grove, both of the Atlantic Richfield Company. It was supported with a series of slides and a short movie illustrating the striking beauty and impressive scenery surrounding this tremendous construction project in the barren wastes of Alaska. The seagoing aspects of this paper concentrated on the approach to the Port of Valdez. Their subject was titled "Alaskan Transportation — An Overview of Some Aspects of Transporting Alaska Crude Oil." Their point of emphasis was to show how the previous planning had successfully been implemented into a highly efficient, effective and safe method of shipping crude oil from the North Slope to the lower forties.

There were several special guests present at this annual affair, including Robert T.

Young, chairman of the American Bureau of Shipping and president of the Society; Robert G. Mende, secretary and executive director of SNAME; Lester Rosenblatt of M. Rosenblatt & Son, Inc., honorary vice president; and Everett A. Catlin, The Babcock & Wilcox Co., a vice president of the Society. The conference was well attended by members of all three of the California Sections, and they were provided a well-rounded social program which included their wives and guests. Mr. Young addressed the group at the main luncheon on Saturday, and delivered a statement in review of the energy problems of this country and the contributions that can and have been made by the professionals of the marine and ocean-related industries.

As host Section, Los Angeles was represented by Charles E. Heil of The Atlantic Richfield Company. William A. Hood, West Coast Shipping Company, is the current chairman, but he was suddenly called out of the country on more urgent business. His vice chairman, Capt. J.E. Kaune, USN, Commander of the Long Beach Naval Shipyard, was also called away unexpectedly and was unable to participate. Nevertheless, Mr. Heil was supported by the presence of Section officers, including David C. Pritchard, Chevron Shipping Company, Northern California Section chairman, SNAME, and William F.

Such a professional meeting, no matter how ambitious the planning and personal contributions of effort and concern of individuals, cannot be a success without the support of industry itself. In this instance, it was notable indeed. The list of both national and local firms sponsoring this activity turned out to be a long one. That this was appreciated can only be measured by the enthusiasm and attentiveness of those there.

Few could have come away not having been impressed by it. 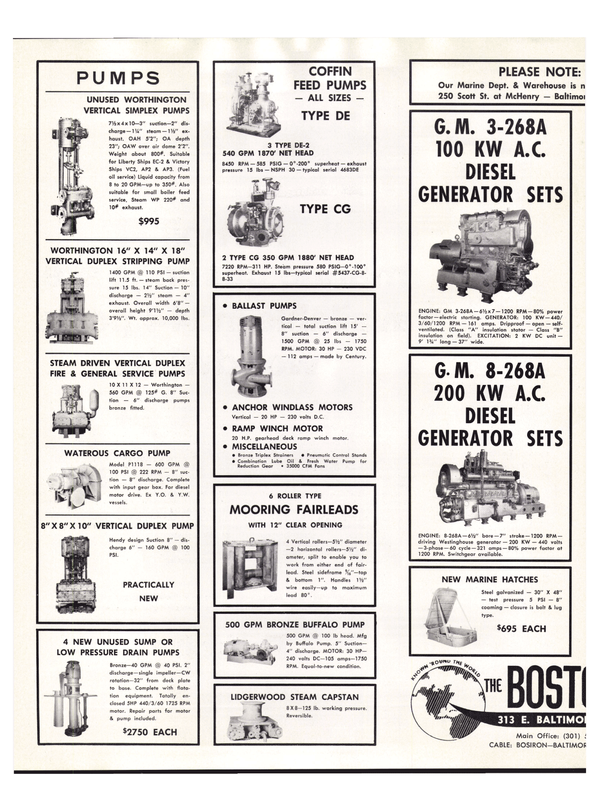