Allmendinger has been involved in submersibles for many years.

For centuries, men have attempted to find some way of descending beneath the surface of the sea for scientific observation, for salvage, or for attacking enemy ships in time of war. Professor Allmendinger traced the history of some of these submersibles. One of the first was the Diving Bell of Alexander the Great in 322 B.C. The first submarine used as an offensive weapon in naval warfare was the Turtle. This was a one-man self-propelled vehicle of the Revolutionary War that traveled just beneath the surface. The forerunner of the modern submarine was Robert Fulton's Nautilus.

This vessel of 1800 used a sail for surface propulsion and a hand-driven screw propeller for submerged travel. After highlighting many others, Professor Allmendinger concluded the historical portion with mention of the record-holding deep-diving bathyscaph Trieste.

The professor concluded his talk with the belief that future submersibles would be primarily unmanned and remotely operated. The present demand for submersibles, he predicts, will probably be in support of offshore oil rig construction, both in the areas of maintenance and inspection. 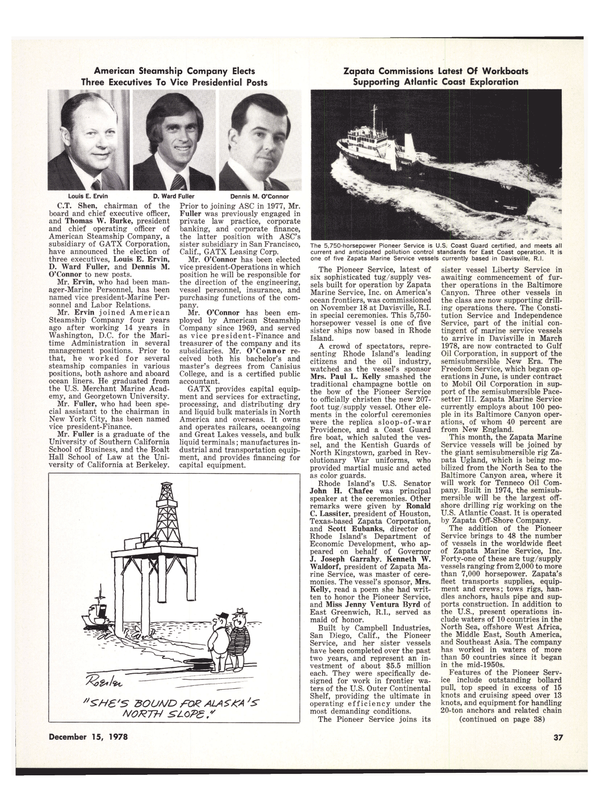