The appointment of Victor Yih- Yung Chen to the position of head of the Scientific Department in the Portsmouth, Virginia Production Division was announced recently by Richard R. Hopkins, assistant vice president of J.J.

In his new capacity, Mr. Chen will direct engineering calculations and analysis efforts within the Portsmouth Division, which specializes in developing detailed working plans and calculations for naval and commercial shipyards.

Mr. Chen has been employed in the Scientific Department of the J.J. Henry Co.'s Moorestown Division since 1974. Since that time, he has participated in all phases of the tasks normally associated with the scientific efforts, and has gained familiarity with almost every commercial and military ship type. 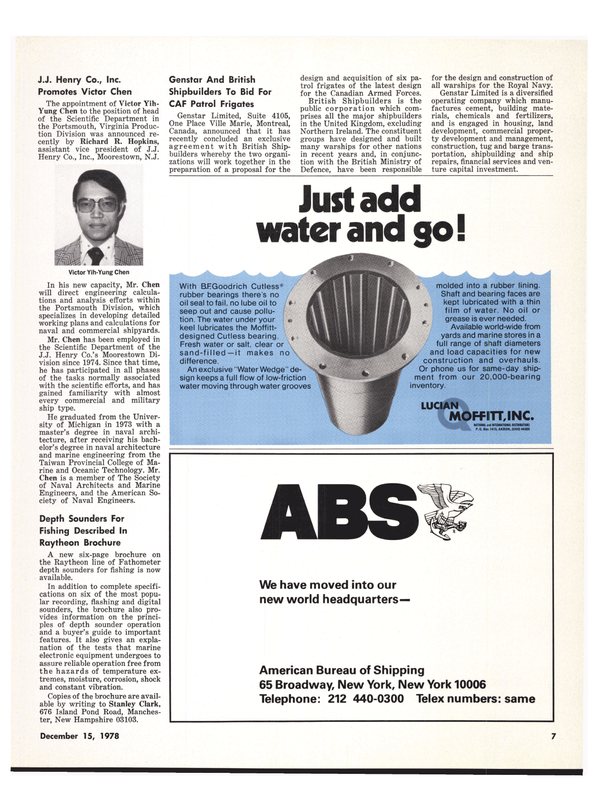