Arthur Engel, president and chief executive officer of Southwest Marine, Inc., has been chosen Maritime Man of the Year by The Propeller Club of The United States, Port of San Diego. Mr. Engel was presented with The Brass Hat Award by Rear Adm. Joseph Rizza, president of The Propeller Club, during ceremonies which took place recently at Hotel Del Coronado.

The award was bestowed upon Mr. Engel in honor of his efforts to promote, further, and support the maritime industry. The recipient of this award must have a track record of commendable accomplishments, and must be recognized nationally as an outstanding leader in his field.

The Brass Hat Award was originally initiated in 1948 by The Propeller Club, Port of the Golden Gate, to annually honor the member who has done the most to promote the American merchant marine.

The idea was brought to the San Diego Propeller Club by Admiral Rizza, and has become a yearly event. 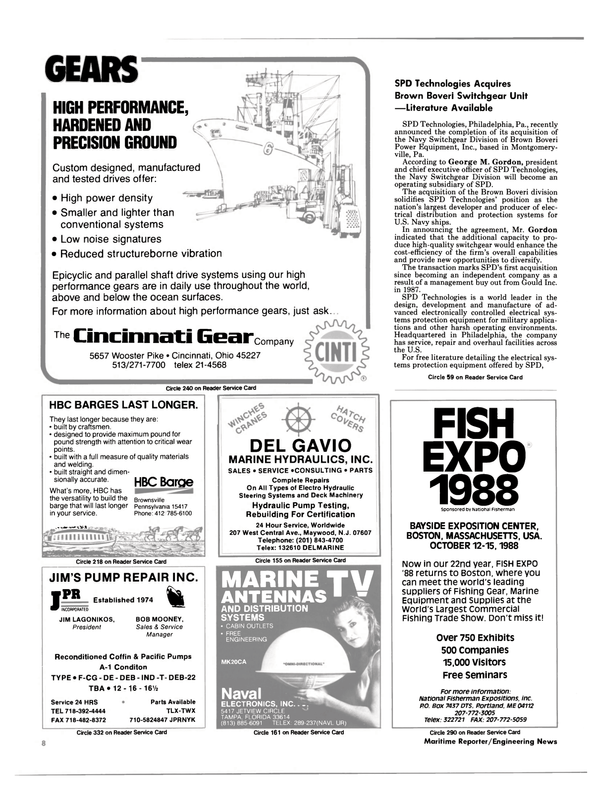