Under Seas Defense '88 (USD), an international exposition and conference on underwater warfare technology, will be held in the Holiday Inn at Embarcadero, San Diego, Calif., from October 3-6.

Under Seas Defense '88 is the second annual exposition and conference in this series. It will feature exhibits and technical presentations on various aspects of submarine, antisubmarine, mine and mine countermeasures warfare technology.

Last year, at USD '87, also held in San Diego, more than 1,500 people registered and attended. Participation is expected from the U.S., as well as North American Treaty Organization (NATO) and Westernaligned nations.

The keynote speaker for the tech- nical conference on Tuesday, October 4, will be Capt. Roger M.

Venables of the Royal Navy. He will speak on the importance of allied cooperation in meeting the antisubmarine warfare challenge.

This chiefly involves 650 operational Soviet submarines that are constantly improving in noise reduction techniques and with greater weapons load and launch capabilities.

Captain Venables will also be the featured banquet speaker the evening of October 5 at the Admiral Kidd Club, Naval Training Station, San Diego. 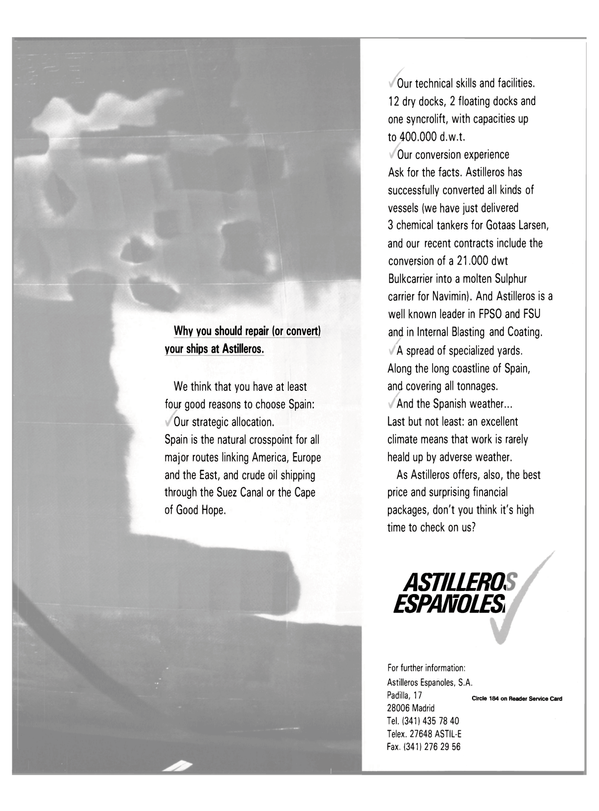 Read Under Seas Defense '88 To Be Held In San Diego On October 3-6 in Pdf, Flash or Html5 edition of July 1988 Maritime Reporter