John Dane III, president of the Trinity Marine Group that includes Equitable, said the reopening of the Madisonville shipyard is significant because it reflects increased activity in inland waterway transportation, and because it will aid the economy in the Madisonville area with approximately 150 new jobs.

Dane added that negotiations are under way to secure additional business to keep the plant open on a long-term basis.

The E qui t a b l e / M a d is on ville shipyard was opened in the early 1940s. It produced approximately 7,000 barges and boats before its close in 1985 with the decline in the offshore energy industries and inland waterway transportation. At its peak, approximately 600 persons were employed at the facility.

Mr. Dane said the Madisonville shipyard is being reactivated because it was designed to produce barges and has all of the manufacturing equipment to meet the high quality standards and production schedules demanded by barge operators.

The barges were designed by Shearer & Associates, a New Orleans naval architecture firm. 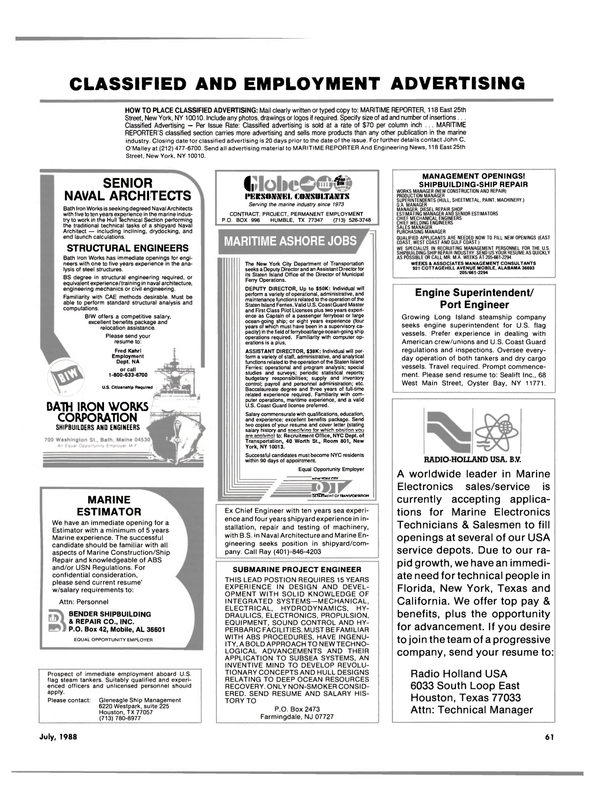