Free Brochure Available The recent seagoing debut of MAN B&W Diesel's S26MC twostroke design—plus a growing order backlog—suggest that there is a strong market for what is reportedly the world's smallest low-speed crosshead engine in the small-tomedium oceangoing, coastal and inland ship propulsion market.

The 260-mm bore/980-mm stroke engine was released last year to extend the economic and technical merits of MAN B&W's MC twostroke program for ships which were previously restricted to four-stroke, medium-speed geared machinery.

Interest has intensified with the entry into service of the first S26MC marine installation—a six-cylinder model powering the Japanese 126- TEU feeder containership, the Rokku Maru.

The 6S26MC engine installed aboard the 239-foot containership, which was subcontracted to Hanshin Diesel by MAN B&W licensee Kawasaki, develops 2,185 kw (2,970 bhp) at 250 rpm and is directly coupled to a CP propeller for a design speed of 14.3 knots.

Both the shipowner, Marui Kauin, and shipbuilder, Yamanaka Shipyard, reported that the engine performed well during sea trials with the use of heavy fuel with a 0.9963 specific gravity and 165 cSt viscosity. Very little smoke was observed under all maneuvering conditions, and none at all at full load.

Low noise and vibration levels— notable features of the design—also confirmed expectations. Open inspection of the engine revealed no signs of piston ring sticking or coke.

The debut marine installation will provide a convenient practical testbed for longer term monitoring of the S26MC engine on heavy fuel.

The operational integrity and performance of the design have already been well proven by the six-cylinder prototype after over a year of exhaustive testing at MAN B&W Alpha Diesel's factory in Frederikshavn, Denmark. The initial development goals have been comfortably met within the engine's potent i a l margins. The prototype 6S26MC engine is now available for sale. 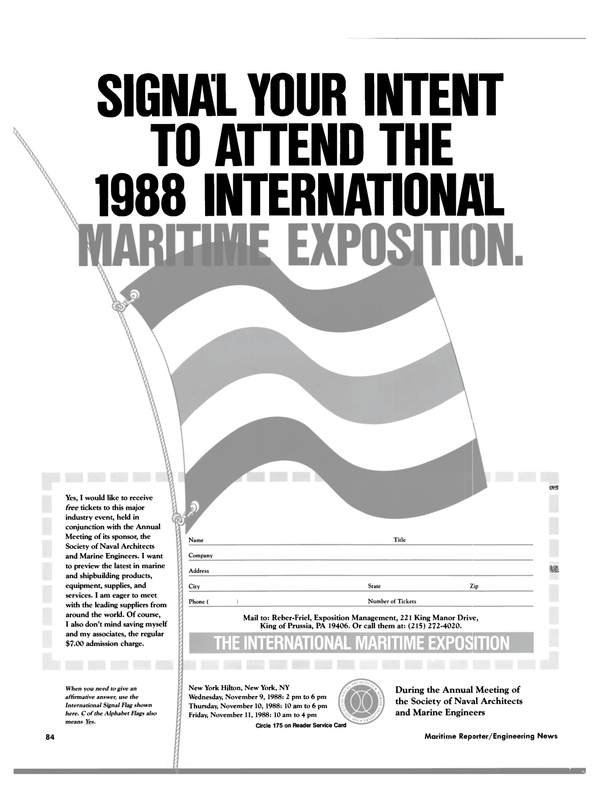