Orders for radar systems valued in excess of $620,000 were finalized by Kelvin Hughes Ltd., a subsidiary of Smiths Industries PLC, during the Posidonia Exhibition in Pireas, Greece.

The orders for more than 20 ARPA-based radar systems were taken from 12 different shipowners.

Most of these radar systems have been retrofitted to vessels in order to comply with the IMO Solas 1984 regulation for vessels between 15,000 and 20,000 GRT, which states that ARPA systems are to be fitted before September 1, 1988.

Alan Eldret, the director of Kelvin Hughes Merchant Marine business, said: "The Posidonia Exhibitions have always been successful for Kelvin Hughes, but this year even more so. These orders are a result of having the right products for the marketplace with Radtrak and our new Concept range, and sustained effort by our local agent Elkime Ltd., working closely with our own salesmen. We believe Kelvin Hughes to be the major supplier of modern ARPA-based navigational radar systems into the Greek market." For more information and free literature on radar systems from Kevin Hughes, Circle 62 on Reader Service Card 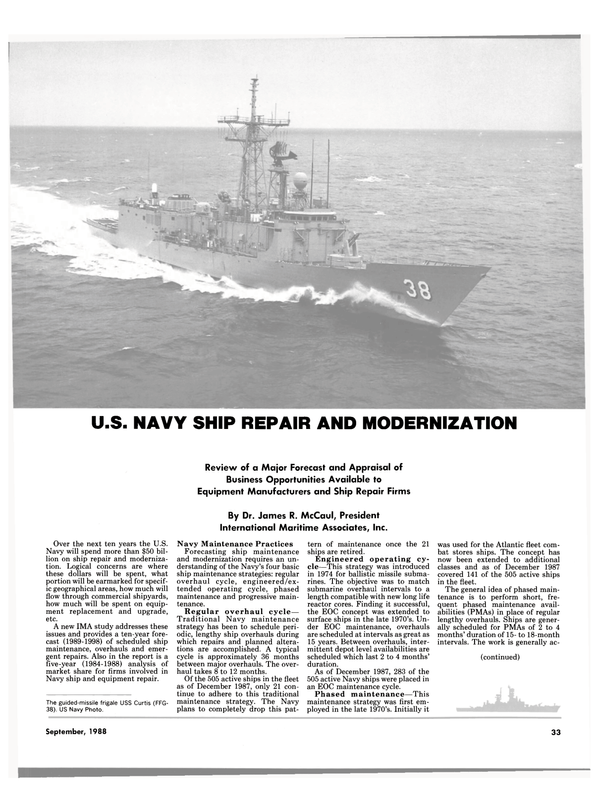