Instead of the standard designed angular cut used on valve seats, the VSL was produced to operate in a horizontal plane, with a present maximum diameter of 200 mm. Additionally, the cutting tip passed over flange stud holes without damage, and with a tool feed of 0.075 mm/rev, a surface finish of 0.5Ra was achieved.

Finally, a shorter headroom version was required, able to fit into the narrow access between bulk-heads, decks and other obstructions. This was made possible by introducing a right-angle gearbox which maintained the same ease of mounting, whilst stability was unaffected by the "off-center" drive. This new flange facing version of the VSL can now be utilized on the HP air bottles without need for the bottles to be removed from the vessel, thus providing savings in time and money. 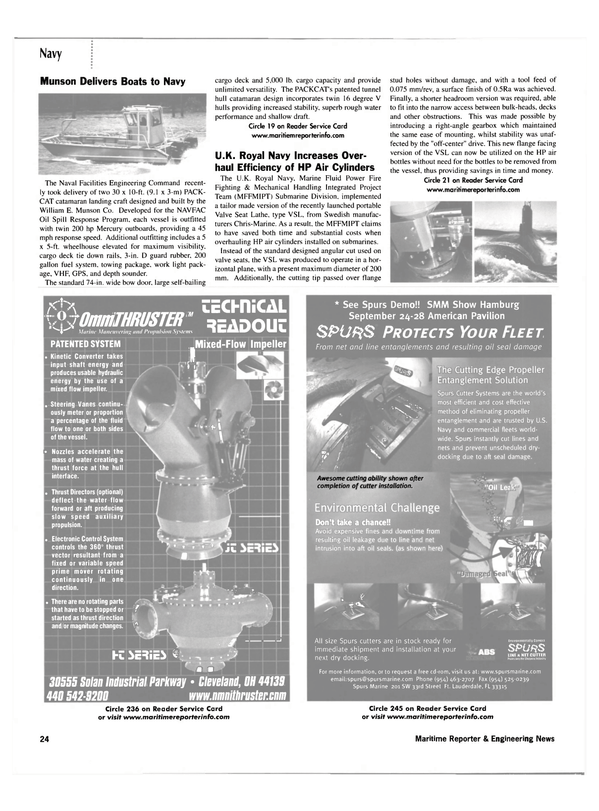