ShipConstructor2005 was developed under AutoCAD20()5 with backwards compatibility to AutoCAD2004, providing many new functions that arc designed to improve productivity, not only while operating the software, but also downstream in production and through integration of ShipConstructor with other business processes. "The last development cycle had been a very short one, with ShipConstructor2004 released in October 2003. We decided to move our 2005 release date to June in order to take advantage of functional enhancements in Autodesk's spring release of AutoCAD2005," said Rolf G. Oetter, Founder and President of ARL.

With the introduction of the Hull module. ARL brings much of the functionality of the proven but so far standalone ShipCAM solution into ShipConstructor, thus running inside of AutoCAD. Users will be able to open ShipCAM files, import 3DM (Rhino) and ICES (most hull design programs) files. 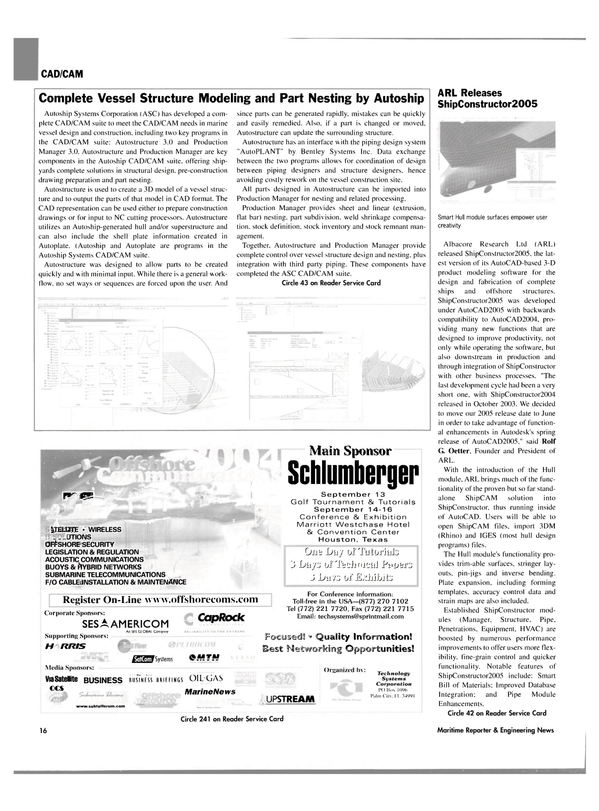